The scientific world paused for a moment recently to reflect on the life of a titan, with the passing of famed physicist Stephen Hawking in March at the age of 76. Renowned astrophysicist Neil deGrasse Tyson, an ARCS Scholar Alum, received the Stephen Hawking Medal for Science Communication last year, and got the chance to interview Mr. Hawking shortly before his passing.

Beset by physical challenges that had him using a wheelchair and speaking with computer assistance for a significant part of his life, perhaps it’s fitting that Hawking liked to reflect on the lack of limits and boundaries in the theoretical world.

“In the general theory of relativity space and time together form a space-time continuum, or manifold, which is not flat, but curved by the matter and energy in it,” Hawking said in his interview with Tyson. “I adopt a Euclidean approach to quantum gravity to describe the beginning of the universe. In this, ordinary real time is replaced by imaginary time, which behaves like a fourth direction of space. In the Euclidean approach, the history of the universe in imaginary time is a four-dimensional curved surface, like the surface of the Earth, but with two more dimensions. Jim Hartle and I proposed a ‘no boundary’ condition. The boundary condition of the universe is that it has no boundary.”

“Stephen Hawking was an outstanding physicist, and an inspiration to the world at large,” Stubbs said. “He confronted some of the most perplexing issues in modern physics, right at the creaky interface between gravitation and quantum mechanics where we know our understanding of nature is incomplete. I'm glad that he lived to see the direct detection of gravitational waves from colliding black holes, given his profound contributions to our understanding of black holes in the universe.”

“One of my first introductions to physics when I was in high school was Stephen Hawking’s A Brief History of Time,” Lepetic said. “This book, along with others, sparked my interest in cosmology and inspired me to study physics. As a graduate student, I encountered his work on black hole radiation. While my specific interests in physics have changed over the years, I have always found his work fascinating and come back to it again and again. Although we may never completely understand the universe, he has helped both lay people and physicists achieve that goal.” 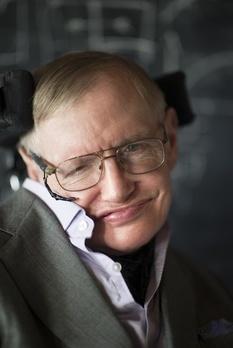