A passionate supporter of ARCS Foundation, Dr. John L. Anderson, was recently named President of the National Academy of Engineering (NAE). Elected by NAE members—nationally recognized engineers—Dr. Anderson, a long-time and active member, will lead the NAE in advising the US government and the public on some of the most pressing challenges facing the nation and the world.

Dr. Anderson has been a vital advocate for ARCS Foundation for almost two decades. He played a key role in the development and charter of ARCS Foundation Pittsburgh Chapter when he was Dean of the College of Engineering at Carnegie Mellon University (CMU) in 2002. Advocating for ARCS scholars at engineering departments, he was supported by ARCS Illinois scholar alumna Jeanne VanBriesen, a founding member of the Pittsburgh Chapter. VanBriesen became a professor of Civil and Environmental Engineering, and Engineering and Public Policy, at CMU, after receiving her PhD at Northwestern University.

In 2009, during his tenure as President of Illinois Institute of Technology, Dr. Anderson was named ARCS Foundation Chicago Person of the Year for his dedication to the organization and partnership with the Chicago (now Illinois) Chapter in helping the best and brightest students in Illinois and from around the nation pursue graduate studies in the natural sciences, medicine, and engineering.

“The importance of attracting the brightest students into advanced graduate programs in engineering and science cannot be underestimated,” he says. “ARCS has been a pioneer in financially supporting such students as they transition into PhD programs in STEM areas at top universities.”

Dr. Anderson’s passion for supporting growth in STEM fields is reflected in his goals as NAE President. Under his leadership, the NAE will continue to bring more women and diversity to the field of engineering.

Dr. Anderson plans to build on already beneficial programs of the NAE, such as EngineerGirl, an online network designed to attract national attention to opportunities in engineering for girls and women.

He also intends to foster connections between the institution and the business community. As he notes, “Innovation often begins with entrepreneurs, and connecting them with big companies is a challenge of the engineering profession.”

Dr. Anderson moves to the NAE presidency from his current role as a professor at Illinois Institute of Technology Armour College of Engineering. His wife, Patricia, has been an active member of ARCS Foundation Illinois Chapter since 2009, including serving as President of the Chapter from 2014 to 2016.

The ARCS community congratulates you on this outstanding achievement and honor, Dr. Anderson! 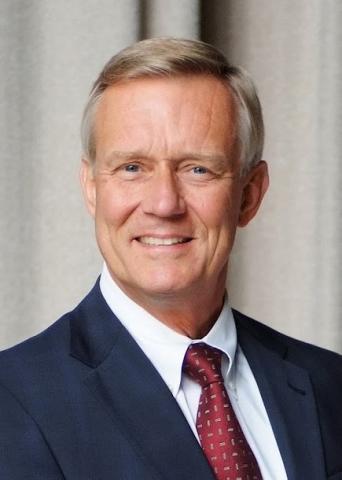