Dr. Jeffrey Drazen feels right at home onboard a vessel in the middle of the Pacific Ocean. Huddled over a camera screen attached to special equipment pulled up the ocean floor, he watches as sea creatures living on the sea surface to 5,000 meters deep pulse through the open waters. His mission is clear: provide enough data to protect aquatic animals and their ecosystems, plus potentially prevent deep-sea mining for underwater metals.

The deep-sea expeditions are a far cry from where Drazen first fell in love with the ocean at a young age. He remembers fishing with his grandfather and poking around the tide pools on the beach on the rural edge of the Puget Sound in Washington.

Decades later, Dr. Drazen is still poking around the water, this time at 4,000—5,000 meters deep in an area called the Clarion-Clipperton Zone. The ocean corridor spans 1.7 million miles underneath the Pacific Ocean—and extends south of the Hawaiian Islands towards Central America.

The zone is a prime area for both scientific exploration and to mine for metals, according to Drazen. The abyssal plains within the Clarion-Clipperton Zone have a high abundance of polymetallic nodules— rock-like structures on the ocean floor that contain metals such as copper, nickel, and cobalt. These metals help produce items like lithium-ion batteries, touch screen TVs, computers, and cell phones, and other cutting-edge technology.

While technology continues to advance, metal sources on land are quickly being depleted. Now mining and metals companies are eyeing the polymetallic modules on the ocean floor.

The potential impacts of deep-sea mining include wiping out all nodules and the aquatic animals who use them as a food source. “If you remove the nodules, they won't grow back for millions of years— and neither will the animals,” Drazen states. “So, you're talking a recovery over evolutionary timescales. It's insane.”

Journey to the Bottom of the Sea

In late September, Dr. Drazen and a team of researchers set sail on the latest journey to the Clarion-Clipperton Zone. The group of scientists aims to study the potential effects of deep-sea mining within the water column—an area of ocean between 200 – 5,000 meters deep. According to Drazen, metals and mining companies will use machinery to scrape and suction up the nodules, then use a pipe to reinject unwanted mud, sediments, and debris back into the sea at 1,200 meters—right in the middle of the water column. The volume of mud could be as much as 50,000 cubic meters per day, he adds.

Research on ecosystems at those depths is scarce—and so are the potential impacts of deep-sea mining within the water column. “There's no real data on how sea life communities are composed, how they change seasons, and what their living environments are like,” Drazen explains. “So, we're studying everything from microbes to fish, from the surface of the sea—to just above the ocean floor. We’ll look at their food sources, study trace metals already in the water column and see if they’re toxic, plus look at the oceanography and the potential effects of releasing high concentrations of particles and sediment back into the water.”

While no concrete data has been published yet, Drazen believes deep-sea mining could potentially wipe out an entire species and their food source, change the migration patterns to some aquatic animals, and produce serious consequences to human health.

“For animals, like fishes that have gills, the mud could possibly clog their gills and make it hard for them to breathe,” Drazen explains. “There are also a number of small animals called filter feeders. They eat tiny, organic particles out of the water column. Add in a ton of mud particles, and it wipes out the filter feeder’s food. For gelatinous animals who have finely tuned buoyancy, the mud may just settle onto them causing them to sink. Some of the polymetallic nodules will fracture during mining, settle in the water column, and enter the animals’ food webs, causing seafood contamination, like tuna or swordfish, that could be ingested by humans.”

An ARCS Scholar Alumnus (1997-2000), Dr. Drazen received his PhD in Marine Biology from Scripps Institution of Oceanography at the University of California, San Diego. Drazen has published more than 120 papers and accompanied other scientists on more than sixty research cruises—some while he was a graduate student and ARCS Scholar at Scripps.

“ARCS Scholar support enabled me to be independent in moving forward with my research projects of studying deep-sea fish. I was able to create and take several of my own research cruises, which wouldn’t have happened without ARCS support,” Drazen says.

Currently a professor in the Oceanography Department at the University of Hawai’i, Mānoa, Drazen also performs ocean research aboard a vessel for weeks at a time, including riding in a submersible vehicle at 4,000 meters below sea level along the ocean floor.

“I love being an explorer. If you have those predilections towards discovering new things, the deep sea is a wonderful place to work,” he explains. “Researchers have learned a lot about the deep sea, but there's just still so much room for discovery.”

According to Dr. Drazen, the deep sea has greater impacts beyond providing a human food source. Microscopic plants known as phytoplankton can affect climate change by withdrawing carbon from the atmosphere and burying it on the seafloor. A study of deep-sea corals showed they contained bioproducts and molecules with the potential to fight cancerous cells. Plus, deep-sea microbes that live in the bones of dead whales when mixed with a certain gene, create enzymes that break down grease and stains. Those enzymes can be found in most laundry detergents used to wash clothes.

Unfortunately, one of the most important questions regarding the magnitude and scale of deep-sea mining effects on ocean animals and humans won’t be discovered by researchers at this time, Drazen says.

“My goal is to gather enough data about the water column ecosystem—that we know who lives there, how they function and approximate what the potential risks are to those ecosystems from mining,” he explains. “I want the metals and mining industry to pay attention to our research and make informed decisions on how – or whether- they move forward with deep-sea mining.”

Want to see what lives on the ocean floor? Click here and take a voyage to the bottom of the sea. 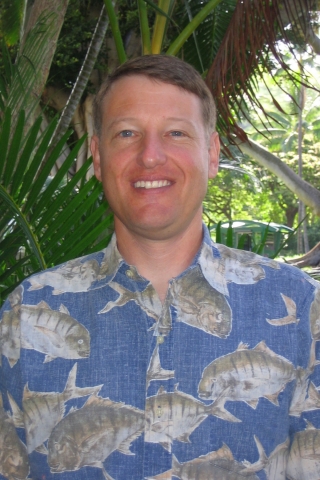