ST. PAUL, Minn., July 12, 2017 --Achievement Rewards for College Scientists Foundation, Inc. (ARCS® Foundation) is pleased to announce that Andrea “Andi” Purple of Hilton Head Island, S.C., has assumed the Presidency of the organization’s National Board as of July 1, 2017.

A member of ARCS Foundation Metro Washington Chapter since 1987, Purple assumes the role of President after holding various positions in ARCS Foundation. She served as Chapter President in 1994-1996; and was honored as an ARCS Light in 1999.  On the National Board, Andi has served as Chair, National Board Meetings; Parliamentarian; Chair of the Advisory Council; Newsletter Director; and Recording Secretary. She takes over the reins at a time of transition, with ARCS Foundation recently retaining a professional association management firm for the first time.

“I am very excited to be leading ARCS National in a new direction as outlined in our Strategic Plan which was approved by the Board of Directors in 2016,” Purple said. “The transition from an all-volunteer Board to working with an association management company, Ewald Consulting, will ensure our continued success in advancing science in America.”

Among the goals outlined in the strategic plan that Purple is dedicated to executing are:

“Key to this success is communication between all participants of the ARCS team: our scholars, our institutions, our members, and our donors all working together to build on the innovations of past generations,” Purple continued. "Scientific innovation has always been a prime driver of American productivity, and our mission to equip STEM scholars with the skills necessary to pursue basic research leads to new innovations and helps increase the standing of the U.S. in the global economy."

Purple first became interested in science through the work of her late husband, who was an electrical engineer by training and was President of the Aerospace Sector of a Fortune 500 company.

About Andi Purple: Andi graduated from American University, Washington, D.C., with a BSBA, majoring in Personnel Administration.  She worked in administrative/management human resources positions with The Bendix Corporation.  Her most recent work experience was as Vice President, Human Resources for the Aerospace Sector of Bendix (which later merged into Allied-Signal, Inc.) where she had responsibility of personnel programs for 30,000 employees, public relations, graphic arts functions, office services and flight operations.

A resident of Hilton Head Island, S.C., since 2004, Andi is involved in many volunteer activities in the community:  Board Chair of Family Promise of Beaufort County (a community response to homelessness with a vision “that every child will have a home”); Grants Committee member for Women in Philanthropy (a dedicated group of local women making a difference in the Lowcountry through the power of collective giving); Trustee and Secretary of Wexford Plantation Charitable Foundation; Co-Founder and Secretary of Wexford Book Club; and a member of Wexford’s Tennis Committee, Women’s Golf Association, and Travel Club.

About ARCS® Foundation: ARCS Foundation is a national nonprofit volunteer women’s organization that promotes American competitiveness by supporting talented U.S. citizens working to complete degrees in science, technology, engineering, mathematics (STEM) and health disciplines at 50 of the nation’s leading research universities. Since 1958, the organization has awarded more than $100 million to more than 10,000 students. ARCS Scholars have produced thousands of research publications and patents, secured billions in grant funding, started science related companies, and played a significant role in teaching and mentoring young people in the STEM pipeline. More at www.arcsfoundation.org. 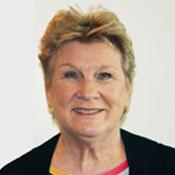