LAGRANGE, GA. October 8, 2019 - ARCS® Foundation recently honored 14 of its members for their work on behalf of the organization’s mission to promote science, engineering, and medical research at an awards ceremony during their 2019 All Members Conference in Portland, Oregon.

The recipients of the 2019 ARCS Light Awards were nominated by their chapters for accomplishments that include fundraising, communications, recruitment, event planning, and other vital efforts on behalf of ARCS Foundation.

Each year the awards are given to one member from each ARCS Foundation chapter who has displayed ingenuity, sacrifice, and long-term service. The ARCS Light Award is the highest honor bestowed on ARCS Foundation members.

The following dedicated women are the 2019 ARCS Light Award recipients:

Recipients of the 2019 Award have served in vital leadership positions on boards, established scholar awards and supported interactions among scholars and various university partners, chaired multiple educational and social events for the ARCS community, and even used their business, legal, and financial expertise to help establish new chapters.

“ARCS allows me to turn my talents into meaningful contributions to our region’s and nation’s scientific competitiveness—all while having fun with remarkable scholars and so many interesting, supportive women,” says Pam Meadowcroft, member of the Pittsburgh chapter and a 2019 ARCS Light Award recipient.

ARCS Foundation congratulates all award recipients and thanks them for their essential contributions to the continuing success of the organization.

The entire ARCS community shares the sentiments of National President Sherry Lundeen: “ARCS Foundation is truly grateful for the dedicated service of this year’s ARCS Light Award recipients. These women have gone above and beyond to further the mission of ARCS. Thank you for providing ARCS your talents and time, and for serving as an inspiration to us all.”

About ARCS® Foundation: ARCS Foundation is a national nonprofit volunteer women’s organization that promotes US competitiveness by providing financial awards to academically outstanding US citizens studying to complete degrees in science, technology, engineering, mathematics (STEM), and health disciplines at 49 of the nation’s leading research universities. The organization has awarded more than $115 million to 10,000 scholars since 1958. ARCS Foundation Scholars have produced thousands of research publications and patents, secured billions in grant funding, started science-related companies, and played a significant role in teaching and mentoring young people in the STEM pipeline. More information is available at arcsfoundation.org 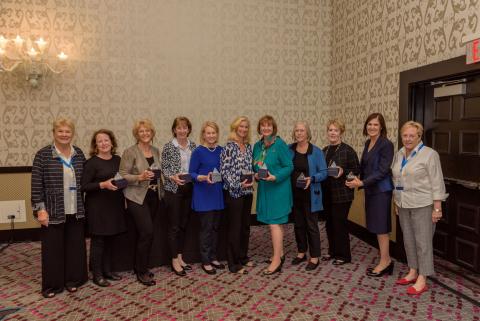