Sixteen members of ARCS® Foundation were recently honored for their work on behalf of the mission of promoting education in science, engineering, and medical research at an awards ceremony in Denver.

The recipients of the 2017 ARCS Light Awards were honored for myriad accomplishments in the field, including fundraising, communications, recruiting, event planning, and other vital efforts on behalf of the Foundation. Each year the awards are given to a member of each ARCS Foundation chapter who has displayed ingenuity, sacrifice, and long-term service to the Foundation. The individuals receiving ARCS Light Awards are honored for the outstanding contributions they make at the chapter level.

The 2017 award recipients are:

ARCS Foundation congratulates all award recipients and thanks them for their essential contributions to the continuing success of the Foundation.

“Volunteers have always been the backbone of ARCS Foundation, and we owe much of our nearly six decades of success and growth to those who give their time and talents,” said ARCS Foundation President Andi Purple, herself a former ARCS Light Award recipient. “We offer heart-felt congratulations to those honored in 2017 and thank them for their volunteer work on behalf of our mission.”

Read more about their contributions 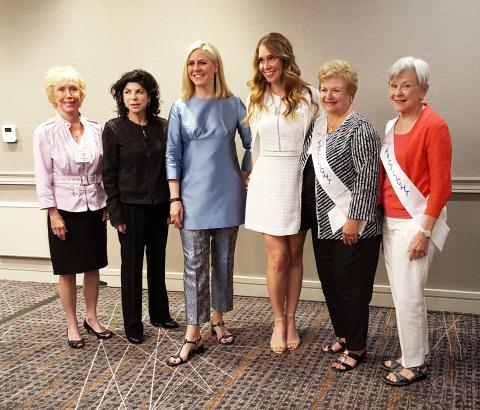