When she was an first-year student at the College of William and Mary, Ellen Stofan got her first dream job, as an intern in the Center for Earth and Planetary Studies at the Smithsonian’s popular National Air and Space Museum on the Mall in Washington, D.C. A few decades later, in April, Dr. Stofan’s career made a full orbit, as this member of ARCS Metro Washington Chapter was named the John and Adrienne Mars Director of the museum.

From that internship, Stofan went on to a career as one of the more respected names in American planetary science, most recently serving as NASA’s chief scientist from 2013 to 2016 and helping develop plans for human travel to and from Mars. She also provided input to the Obama Administration through committees of the National Science and Technology Council. Previously she was a post-doctoral fellow at NASA’s Jet Propulsion Laboratory, where she was chief scientist for the New Millennium Program.

“I love what I do—I love space, I love aviation,” Dr. Stofan said in an interview with the museum’s website. “Trying to convey to the public why we explore, why we’re always trying to leave the ground and get up into the air and out into space, it’s something that I’m passionate about.”

In addition to being the seventh person to lead the museum since its founding, Stofan is the first woman appointed to be Director. 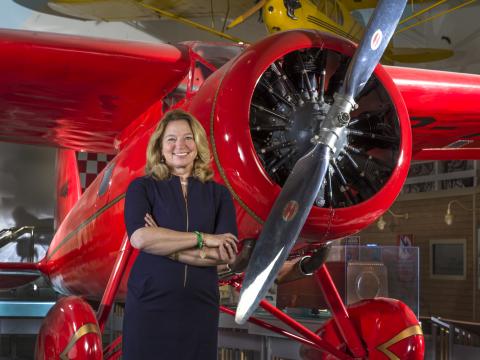