Our past president Penny Papadopoulos just added another feather to her cap by being selected as the 2018 Phoenix Chapter ARCS Light. Two of Penny’s other ‘feathers’ include a BS degree from Texas Woman’s University and a MSN from the University of Michigan. But Penny will likely tell you  her most important achievements are her three handsome sons, products of her 34 year marriage to Phoenix Barrow Neurological Institute neurosurgeon Steve Papadopoulos. Two of Penny’s sons are married and they now have one grandson.

Penny is originally from Florida but lived 19 years in Ann Arbor, Michigan where she worked as an adult nurse practitioner in woman’s health spending most of her practice in the cardiovascular arena. She worked in the catheter lab, the cardiovascular ICU and as a research assistant for NIH clinical trials in congestive heart failure for the University of Michigan. Penny and Steve keep a home in Ann Arbor but moved to Phoenix in 2001. In her free time, Penny likes to hike with her dog in the Phoenix mountains and is interested in therapy dog work. She has been a volunteer for Hospice of the Valley and serves on the Regional Board of Teach for America. Penny was introduced to ARCS Foundation by her friend and sponsor, Lynne Sonntag. Since becoming a member in 2002, she has served in several capacities for our ARCS chapter including Recording Secretary, Field Trip VP, and Chapter President. On the ARCS Foundation National Board, Penny has served on the Council of Presidents, as Chair of NB Meeting Arrangements, and is currently a member of the National Board Council of Advisors.  It’s easy to find Penny in a crowd, for she can always be recognized by her bright smile and enthusiastic demeanor.  Congratulations, Penny! 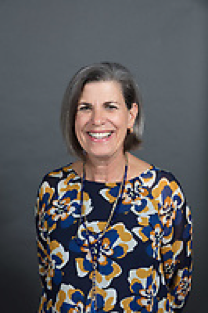