When you are working towards your PhD in Zoology at the University of Hawaii at Manoa, you don’t need to travel to Belize for the beaches. ARCS Scholar Helen Sung goes to the Central American country for the crocodiles. Her research includes catching crocodiles to gather samples from them for studies on hybridization and conservation genomics.

“A lot of people don’t realize this, but crocodiles are highly intelligent. There are so many cool things about them,” Sung explains. “You learn all these little nuances when you’re working with them.” 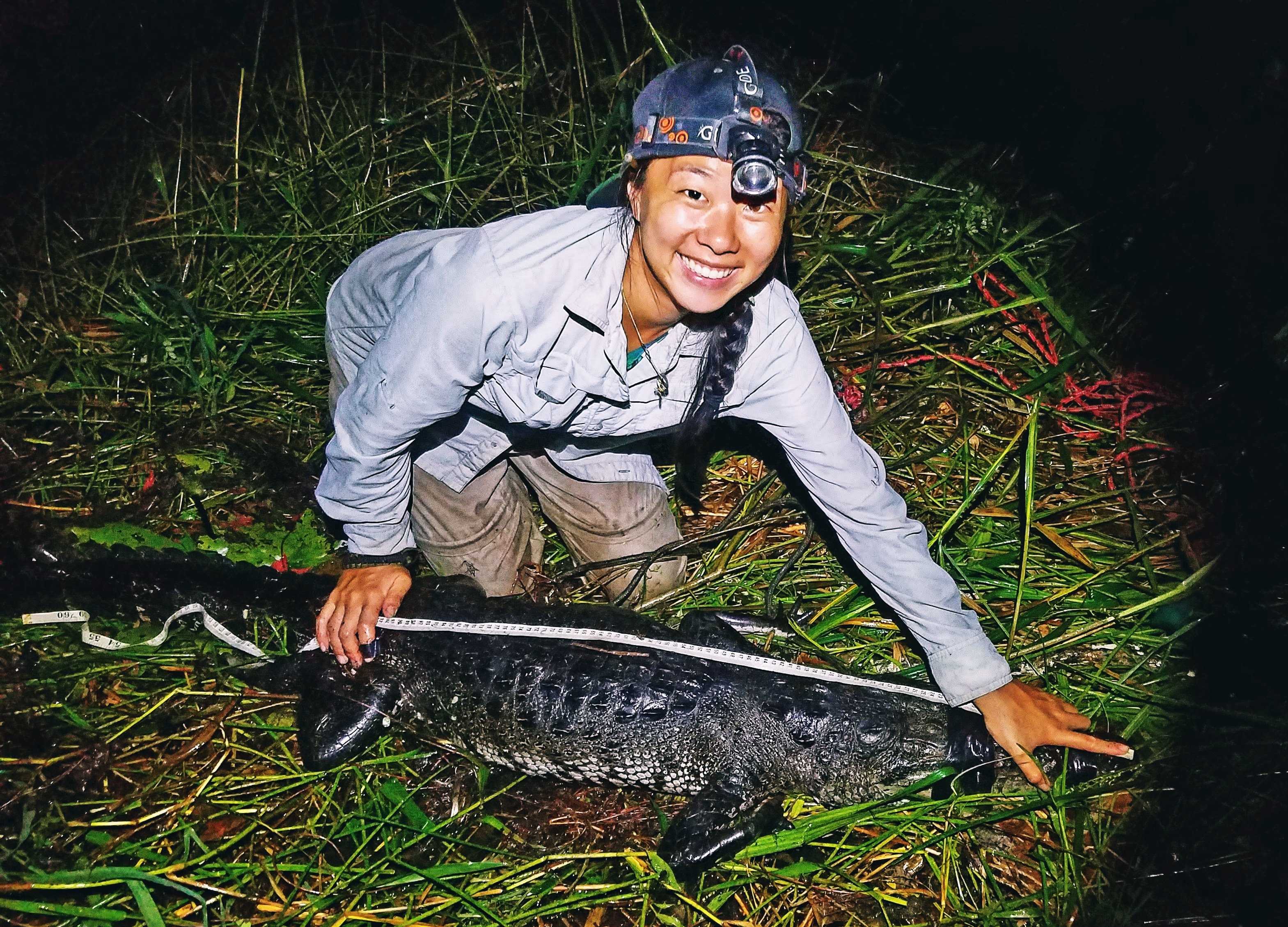 Hybridization is part of nature and a common aspect of the animal kingdom, she explains. The process is also increasing among many species for varied reasons. According to the ARCS Scholar, scientists recently discovered a hybrid between two types of wild salmon off the coast of Canada—the coho and the chinook.

ARCS Scholar Helen Sung carefully takes a sample from a crocodile during a trip to Belize.
Sung is studying the hybridization of freshwater crocodiles
and saltwater crocodiles who are being pushed into
overlapping territory because of habitat displacement.
(Courtesy: Helen Sung)

Climate change has also forced animals to adapt and become a part of the hybridization process, like the “pizzly bear,” a combination of a polar bear and a grizzly bear, Sung says. Researchers documented the new species in the Arctic.

Ecosystem modification or habitat changes, as evidenced with the crocodiles in Belize, contribute to hybridization, she adds.

The ultimate goal is conservation. Hybridization “is a way of evolutionary rescue,” Sung explains. “My PhD is another metric of showing that hybridization is not bad. It may be the only means of survival for some species.”

Sung will present her research in Belize at the July conference of the Crocodile Specialist Group for the International Union for Conservation of Nature, Species Survival Commission. She will use part of her ARCS award to take an undergraduate student with her in hopes of expanding the student’s scientific experience.

Sung appreciates that the ARCS funding is unrestricted. “I can’t tell you how helpful that is,” she says. 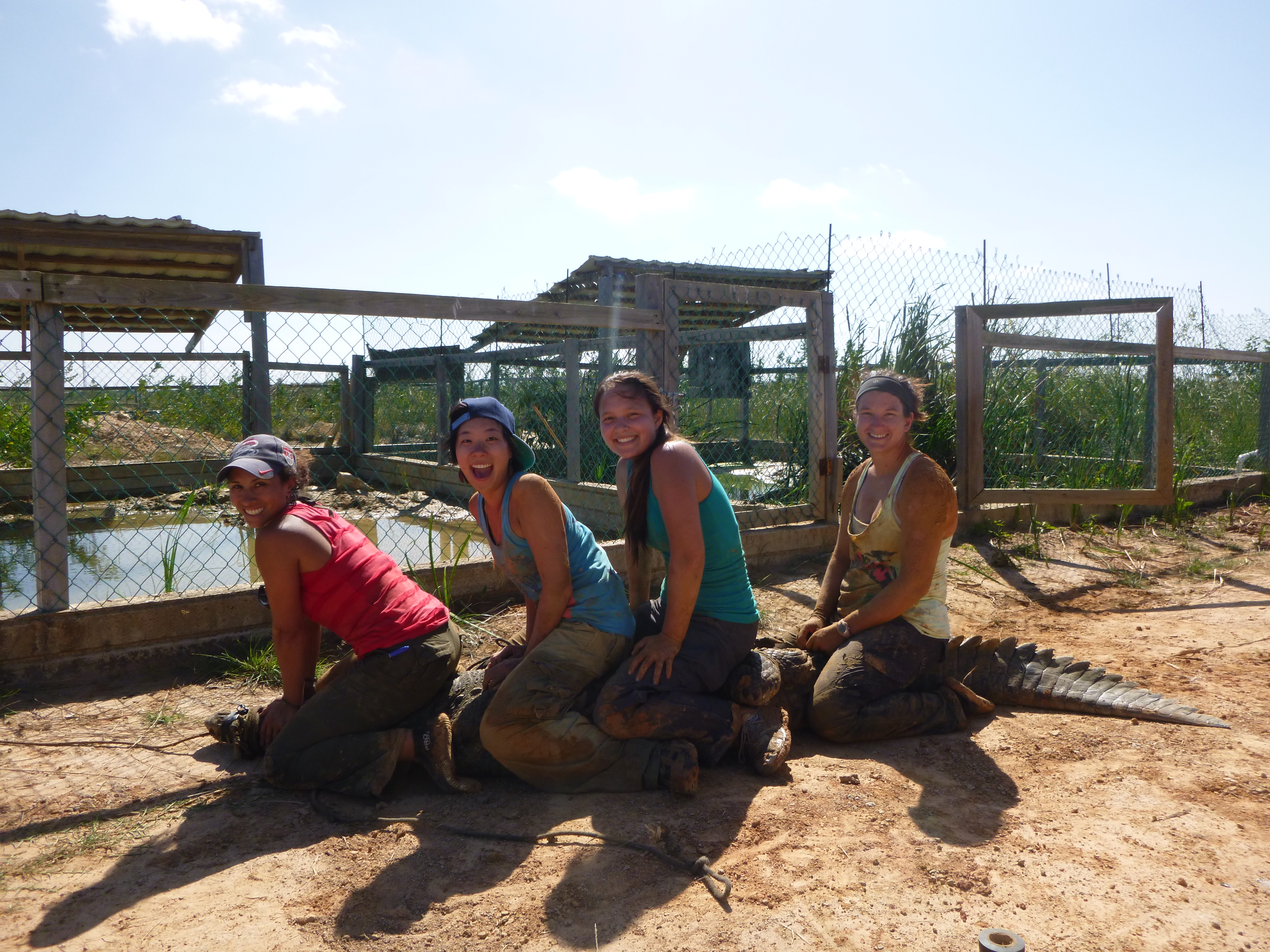 Sung has captured crocodiles up to twelve feet long. She admits handling crocodiles makes her feel “adventurous,” but explains that it takes a team to collect samples from the reptiles. One person secures the mouth, then holds the crocodile’s mouth on their chest to prevent a “rolling” escape attempt. Another person secures the tail. “You can’t work with crocodiles by yourself. You have to work as a team and you have to trust your team because quite literally, your life depends on it,” she says. 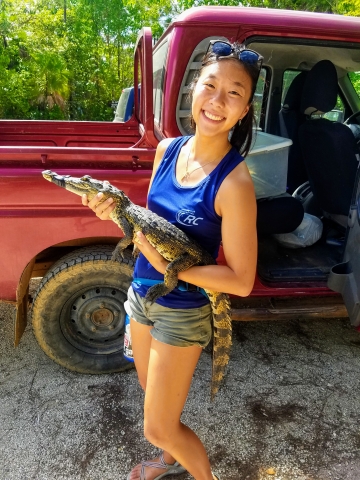