ARCS Scholar Tony Wang and a team of students may change the future of neurosurgery and cancer treatment with a device barely visible to the naked eye.

A fourth-year PhD student at Georgia Tech, Wang is studying electrical and computer engineering with a focus on creating micro-robotics systems or “microbots.” His research is part of a collaboration with Emory University.

As the name implies, the microbots are small and much less invasive than surgical tools, such as a robotic arm, forceps, and scalpels—which can damage healthy brain tissue, Wang explains. His team’s current prototype is only one millimeter long and 250 microns wide.

The ARCS Scholar says using a less invasive tool will reduce the amount of scar tissue or “footprint” left behind following a neurological procedure.

According to Wang, the micro-robotic systems are manipulated by electromagnetic coils—and the person performing the procedure. “All I really need to do is give them a power supply and control them through this digital-to-analog converter, that sends power to a microcontroller directly interfaced with the coils. I use a joystick to tell the microbot where to go and can move it in any direction,” he explains.

He manipulates the tiny instruments through magnetic fields to perform actions, such as delivering drug particles to reduce the size of a tumor or drilling through brain tissue during neurosurgery.

Since micro robots have no room for an onboard battery pack, Wang and his team have come up with a new prototype that uses a biocompatible, pH-sensitive hydrogel to deliver life-saving medication.

According to Wang, brain tumors grow in a more acidic environment.

“When the microbot finds an acidic pH level, the hydrogel will expand and release the drugs into the brain tumors,” he explains. “Our tests show this type of hydrogel has a higher release rate and a higher response rate in a tumor’s extracellular environment versus normal, pH level tissue.”

Wang’s team can control several hydrogel microrobots at the same time to ensure the right dose of medication is delivered to treat—and ultimately shrink—the tumor.

The ARCS Scholar says the hydrogel micro-robotic systems change shape to fit through crevices within the brain.

Another potential use for the microbots is their ability to take biopsies of the brain using microgrippers around the targeted tissue. The device will be able to grab samples and allow surgeons to determine the next course of neurosurgical intervention—without performing surgery first.

Wang became an ARCS Scholar in 2020, along with some of his fellow students who also are focusing their research on micro-robotic systems.

“At the time, there wasn’t a lot of research or literature on micro-robotics, so my team and I started from the ground level and worked our way up. Winning the ARCS Scholar award gave us a big boost in morale to move forward with this project. It meant that my teammates and I were on the right track with this research,” he states.

Wang says the award will allow him to buy more research equipment for the microbots, such as power supplies and sensors.

Wang plans on graduating in 2024. He hopes to become a professor and continue his research in the micro robotic industry. 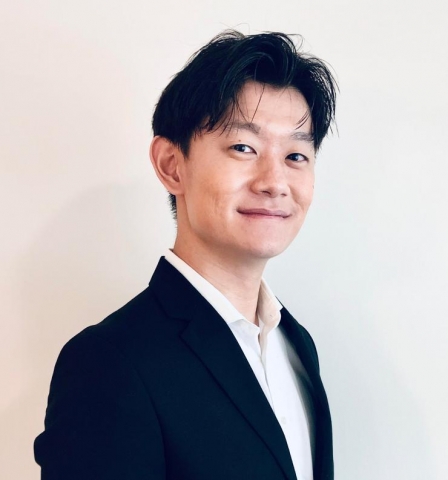