Many ARCS Scholars pursue research that has a far-reaching impact on the daily lives of everyday people. One such scholar is Adam Caccavano. A doctoral candidate at Georgetown University, Caccavano is researching memory dysfunction in neurodegeneration and aging. Specifically, he is investigating a disruption to the hippocampal network in a model in Alzheimer’s disease. “I hope that a fuller understanding of how this critically important oscillatory activity becomes disrupted will add to our understanding of how memory formation is impaired, and potentially provide a framework for how to rectify it,” said Caccavano.

Originally a physics student, Caccavano has long been interested in applying the quantitative techniques of the field to understand neuronal dynamics. “After starting my doctoral program I was introduced to the fascinating activity of the hippocampus, as well as the devastating disease burden of Alzheimer's disease,” Caccavano said. “This introduction and subsequent research helped to develop my research ideas into understanding how the hippocampal memory is disrupted in the disease, particularly at early time points.” According to the Alzheimer’s Association, 5.7 million Americans are living with Alzheimer’s as of 2018 and it is projected that by 2050 that figure will rise to nearly 14 million. These are the lives that Caccavano hopes to impact with his research, “I hope that my studies will identify cellular targets for therapeutic intervention to control aberrant activity and ameliorate memory decline in the disease. I am particularly interested in the future use of targeted deep brain stimulation technologies to improve memory consolidation.”

Caccavano acknowledges the key role the ARCS Scholar Award has played in allowing him to pursue and conduct his potentially life-changing research. “The ARCS Scholar Award has had a great impact on my work. It has allowed me to pursue new experiments, acquire key laboratory equipment, and receive training to become the interdisciplinary scientist I hope to be,” he said. “Thanks to the award, I was also able to attend an advanced summer course on computational neuroscience. With this training, I hope to model the circuit that I observe under the microscope and help distinguish between correlative and causative effects related to Alzheimer’s.”

Help to fund scholars like Adam who are changing the world with their passion for science with a donation to ARCS Foundation. 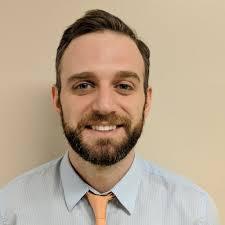