Beyond the Lab: A Convergence of Interdisciplinary Studies

Illuminate threats. Mobilize teams. Shepherd solutions. Research values such as these drive scholars in the Biodesign Institute at Arizona State University (ASU) to the forefront of discovery. ARCS National Board members learned more about the Institute during the National Board Meeting in January and witnessed firsthand how the convergence of interdisciplinary studies can change the course of science.

The Biodesign Institute’s research is centered around the idea of researchers from different scientific disciplines coming together to not only study issues but also understand them from all scientific perspectives in order to help society.

Dr. Joshua LaBaer, Professor and Executive Director of the Institute, highlighted the importance of this idea as the “core of what and who we are.”

The Institute is made up of 15 centers where the researchers work in teams. These teams, which function as multidisciplinary departments, are composed of professionals from diverse research backgrounds. “Each team’s directive is to solve some type of problem or threat,” said LaBaer. “The diverse disciplines within these teams enable the research to flow and evolve.”

The Biocomputing, Security and Society team, for example, is led by Stephanie Forrest, an expert in Computer Science, Evolutionary Biology, and Statistics. Forrest’s team is composed of computer scientists, psychologists, and biologists. Their current project infuses evolutionary biology into code development.

The team is developing software inspired by self-repairing immune systems to improve automatic software repair. The programming applies random mutations to the malfunctioning code, similar to the way genetic codes mutate in nature. Once the bug is found, developers can use the data to improve the functionality of the product and prepare against future malfunctions. This research will soon be used by companies such as Facebook.

Combining nature and computer science is one of many examples of how the Biodesign Institute uses the expertise of multiple disciplines to address current global issues.

Some of the more renowned Biodesign Institute team members include Stockholm Water Prize winner Dr. Bruce E. Rittmann and, now retired, Dr. Charlie Arntzen, who helped develop a drug that is monumental in healing those affected by the Ebola virus.

“Often in academia, the last step of a project involves writing a paper. But from our perspective, that isn’t the last step,” LaBaer commented. “We like to see the results that we generate here get implemented into the world to make a difference.”

The Biodesign Institute has already had a significant impact addressing global issues with solutions that include cancer-killing nanobots and blood tests for early breast cancer diagnosis.

ARCS and ASU Biodesign Institute’s relationship goes back to the early 1970s. Since then, ASU scholars have received more than $3 million in funding from ARCS. Furthermore, from 1996 to 2019, ARCS has supported more than 300 STEM graduate students.

ARCS Foundation is honored to partner with top-ranking university programs such as ASU Biodesign Institute, whose researchers diligently work to advance science and promote a better world for the future. 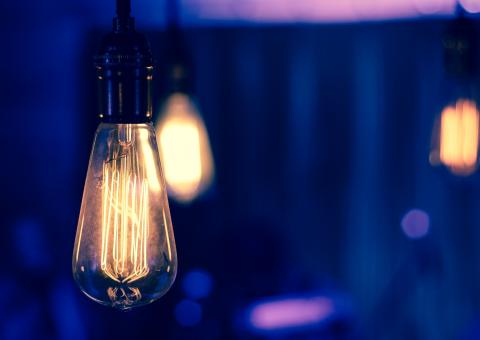