A major pioneer in the field of precision medicine, Dr. Brian Druker will speak at the Thursday night dinner at the 2019 ARCS All Members Conference (AMC). Dr. Druker is an internationally-recognized catalyst in the field of targeted therapeutic cancer treatment and, more specifically, for the treatment of chronic myeloid leukemia (CML).

Dr. Druker was the 2019 recipient of the Sjöberg Prize in Stockholm, Sweden, at the Royal Swedish Academy of Sciences annual meeting. The $1 million award recognizes individuals or research groups that have made significant contributions to cancer research. Dr. Druker shares the award with Dr. Dennis Slamon of the University of California Los Angeles Jonsson Comprehensive Cancer Center for their work in CML and breast cancer, respectively.

In the 1960’s, low survival rates and grueling treatment therapies were the standard scenario for CML patients, often only able to offer a one or two-year extension to a patient’s life. Later, in the 1970’s, researchers discovered CML was caused by an abnormally short chromosome, the Philadelphia chromosome, that was a genetic mutation.

Dr. Druker began his CML research in the 1990’s, setting out to find a drug that would target the Philadelphia chromosome but leave healthy cells unharmed. This was a stark contrast to most chemotherapy treatments at the time, which poisoned every cell in the body in hopes of attacking the one cancer-causing mutation.

Remarkably, Dr. Druker and his research team discovered Imatinib, marketed under the brand name Gleevec®, that killed the Philadelphia mutation. The revolutionary drug gave new hope to CML patients by improving their life expectancy to a 95 percent five-year survival rate.

The US Food and Drug Administration approved Gleevec in record time, initiating a shift in cancer treatment worldwide. Instead of non-specific chemotherapy, researchers began testing highly targeted therapeutic agents. This discovery became the new proof of principle for cancer treatment and resulted in the development of more than 50 similar precision therapies.

Dr. Druker is the director of the Knight Cancer Institute at Oregon Health and Science University (OHSU), associate dean for oncology at OHSU, JELD-WEN Chair of Leukemia Research, and a Howard Hughes Medical Institute Investigator. He is a member of the National Academy of Medicine, the National Academy of Sciences, and the American Academy of Arts and Sciences. Dr. Druker has been recognized with numerous awards, including the 2012 Japan Prize in Healthcare and Medical Technology and the 2009 Lasker-Debakey Clinical Medical Research Award.

"Dr. Druker is an inspirational leader in the fight to find causes of cancers and to have targeted and specific treatments for persons fighting the disease," said Julie Branford, Co-President of ARCS Oregon Chapter. "He maintains this high level of achievement, receiving international acclaim for his work, while also maintaining a very gentle and unassuming personal manner; a rare combination."

Dinner will be held at the Oregon Museum of Science and Industry. It will be a night of fellowship and discovery as ARCS members hear from Dr. Druker about cutting-edge practices in the world of cancer treatment and impacts these could have on generations to come.

As a reminder, the AMC will be held September 18-21 in Portland, Oregon. For more information click here. 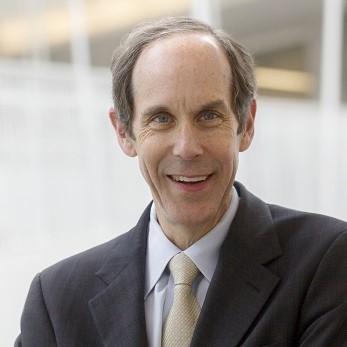