Capturing the Need for Speed in Autonomous Cars

Trent Weiss can add the title “race car driver” to his resume, although technically, he’s never sat behind the wheel of his own car.

Weiss, a PhD candidate in the Department of Computer Science at University of Virginia (UVA), along with his peers, used a life-size car, computer hardware, and a set of controls to compete in two full-scale, worldwide Autonomous Racecar Challenges.

The UVA team participated in a race at the Las Vegas Motor Speedway on January 6, 2022. Unfortunately, the group did not place high enough to compete in the final challenge. However, Weiss and his team had the first American car to cross the finish line during a competition at the Indianapolis Motor Speedway in October 2021. The group placed fourth overall as three European driverless vehicles finished ahead of them.

Weiss, a 2021 ARCS Scholar award recipient, and fellow students, wrote the control stack—or instruction sequence—for the UVA car. “There was no passenger seat,” he explains. “The entire cockpit was filled with computer hardware and sensors. The car ran on its own, while my team controlled it from the sidelines. We got the car up to 150 miles-per-hour, which was a first for us.”

According to Weiss, while companies like Google and Tesla have built and tested fully autonomous cars, the vehicles are data centric to run on open roads without any unexpected problems, also known as edge conditions.

He believes racetracks will be the best environment to perfect and solve those issues. “If you think about it, edge conditions happen all the time in Formula One motorsports. Everybody is driving aggressively and trying to get in front of you,” Weiss explains. “My approach is to develop AI, autonomous systems and perform stress tests in dynamic and highly controlled environments.” 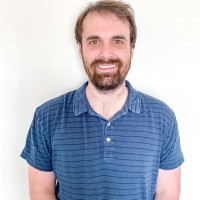 ARCS Scholar Trent Weiss is a
PhD student at the University of Virginia.
His research focuses on building better
and safer AI systems in autonomous cars.
(Courtesy: Trent Weiss)

Before becoming a PhD candidate at UVA, Weiss worked for Boeing for four years—a portion of that time as a robotics engineer. According to Weiss, those skills, coupled with his time as an ARCS Scholar, opened new possibilities in his AI research. “I now have access to a network of scholars and scientists I didn't know existed before I received my ARCS Scholar award. It’s great to bounce new ideas off top researchers in my field and receive feedback,” he states.

Weiss is hopeful autonomous car racing will become a new brand of motorsport—and pave the way for the legalization of self-driving cars on the nations’ highways and city streets. But, he admits, “We may not see that happen in our lifetime. There’s still a lot more research to be done.”

After graduation, Weiss wants to continue working on autonomous car projects, but also plans to expand his research into operating autonomous drones and railway systems. 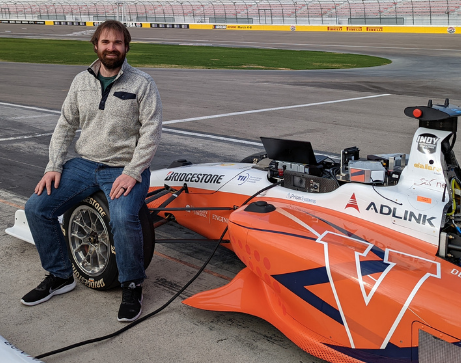