At its national board meeting in North Carolina, ARCS® Foundation President Andi Purple announced Dr. Christopher Stubbs, a professor in Harvard University’s Departments of Physics and Astronomy, has been selected for membership in ARCS Alumni Hall of Fame. Dr. Stubbs was a member of the winning team for the 2015 Breakthrough Prize in Fundamental physics for the discovery of the accelerating expansion of the universe, recipient of a NASA Achievement medal, Packard Foundation Fellowship, National Academy of Sciences award for initiative in research, and founder of the APOLLO collaboration to probe for novel gravitational effects beyond the standard physics model.

“To be recognized by ARCS Foundation is a tremendous honor, as I am grateful to the foundation for the role it has played in helping me along the educational path,” said Dr. Stubbs, who was an ARCS Scholar at the University of Washington sponsored by ARCS Seattle Chapter. “The generosity of ARCS Foundation in fulfilling its mission of promoting science education was vital not only for me but for countless other peers of mine, and to have my work recognized by those who played a role in my success is very special for me.”

Inductees to the hall of fame are ARCS Scholar Alumni who have made outstanding contributions to the advancement of science and to increase our nation’s scientific competitiveness. These alumni are selected by a panel comprised of ARCS Foundation national board members and based on alumni contributions in the areas of scientific innovation, discovery, economic impact, development of future scientists, and communication of the importance of U.S. scientific superiority.

“It was three decades ago that Dr. Stubbs received a scholar award while finishing his Ph.D. at the University of Washington, and his success since then is a testament to how and why ARCS Foundation works in fostering education,” said Andi Purple, President of ARCS Foundation’s National Board. “We are proud to list Dr. Stubbs among ARCS alumni and welcome him into the exclusive and distinguished group that constitutes our hall of fame.”

As a member of ARCS Alumni Hall of Fame, Dr. Stubbs joins the company of other outstanding alumni who received ARCS Foundation funding to support their education in past years. 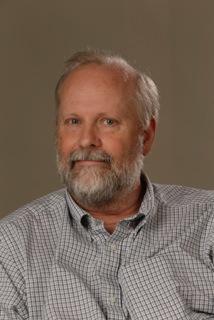