Alum is recognized for work in computational chemistry and for leadership in developing alternatives to chlorofluorocarbons that have restored and saved the stratospheric ozone layers.

LaGrange, Georgia (January 25, 2022) - At the January National Board Meeting, ARCS® Foundation Inc. announced computational chemist David Dixon, PhD has been selected as the 2022 inductee into the prestigious ARCS Alumni Hall of Fame.

Hall of Fame Inductees are ARCS Scholar Alumni who have made outstanding contributions to the advancement of science and US competitiveness in STEM-based innovation. Selection is by a panel comprised of ARCS Foundation National board members and advisors and is based on alumni contributions in the areas of scientific innovation, discovery, economic impact, development of future scientists, and enhancement of US scientific superiority.

Dr. Dixon currently holds the position of Robert Ramsay Chair, Department of Chemistry and Biochemistry at The University of Alabama. Known as a world leader in the application of numerical simulation methods, especially, the use of computational chemistry, to solve problems, his career includes outstanding research and leadership at DuPont Central Research and Development and Pacific Northwest National Laboratory before moving to The University of Alabama in 2004.

ARCS Foundation has recognized Dr. Dixon for his work in computational chemistry that caused a paradigm shift in the world’s major chemical companies.

At the DuPont Experimental Station in Wilmington, Delaware, his research focused on alternatives to replace atmospheric ozone-depleting substances and getting the substitutes to market as soon as possible. “We needed alternatives that would degrade more quickly and never impact the ozone layer,” Dixon said.

Dixon and his team came up with compounds that would fall apart by reacting in the lower atmosphere. These alternatives to chlorofluorocarbons minimized the impact on the environment due to refrigeration systems used in buildings, transportation, and the safe storage of food.

Always at the forefront of energy research, among a number of projects, Dixon is currently working with his research team at UA to explore hydrogen as a sustainable energy alternative. This work has been funded by the United States Department of Defense as well as the Department of Energy. “We have been working on using chemical hydrogen storage for fuel cells to power vehicles and even the electrical needs for soldiers.” According to Dixon, soldiers often have electronic devices embedded within their uniforms to sense danger like lasers or biological weapons. Hydrogen cells could be an efficient and long-lasting way to provide portable power systems for soldiers, he said. He is also working on creating new fuels with less energy use and on chemistry for nuclear energy.

Upon receiving the ARCS recognition, Dixon said “I am extremely grateful to the ARCS Foundation for your support of me as an undergraduate at Caltech and I gratefully accept the honor of being named to the ARCS Alumni Hall of Fame.”

“We are thrilled to welcome Dr. Dixon into the distinguished ARCS Alumni Hall of Fame,” said Caron Ogg, national president of ARCS Foundation. “His groundbreaking work with computational models has been used by scientists throughout the world to make major discoveries in chemistry, biology, physics, and medicine,” she said. “He is truly a pioneer for American science, and we are proud to count him among our network of ARCS Scholars.”

As a member of ARCS Alumni Hall of Fame, Dr. Dixon joins the company of twelve other outstanding ARCS alumni who are also recognized for their leadership in scientific innovation and discovery.

About ARCS® Foundation: ARCS Foundation is a national nonprofit volunteer women’s organization that promotes US competitiveness by providing financial awards to academically outstanding US citizens studying to complete degrees in science, technology, engineering, mathematics (STEM), and health disciplines at 49 of the nation’s leading research universities. The organization has awarded more than $126 million to more than 11,000 scholars since 1958. ARCS Foundation Scholars have produced thousands of research publications and patents, secured billions in grant funding, started science-related companies, and played a significant role in teaching and mentoring young people in the STEM pipeline. More information is available at arcsfoundation.org. 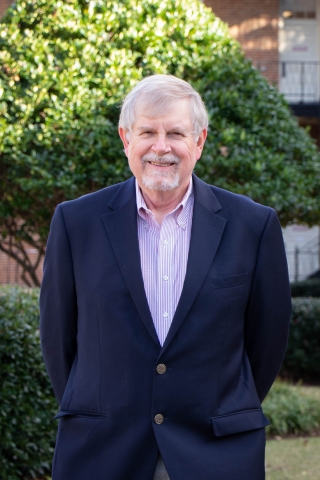