Curiosity, Curing Cancer and Changing the face of STEM

On a Mission to Beat Cancer

As a child, Austin Blackmon was always curious. This affinity to ask questions naturally led him to an interest in science. Then when he was 7 years old, Blackmon’s grandmother died from cancer.

“I hated that feeling of feeling so helpless,” Blackmon said. “That set my path in pursuing science.”

Blackmon’s search for answers led him to cancer research.

Today, he is a graduate of Northern Arizona University and a 4th-year Molecular and Cellular Biology PhD candidate at Arizona State University focusing on cancer biology. Blackmon’s dissertation work involves researching the substrates of the QSOX1 enzyme and its role in tumor biology using proteomics and mass spectrometry.

“We are getting more sophisticated, and this is another path on how we can treat cancer,” Blackmon said.

With cancer research constantly evolving, Blackmon said he hopes this research will lead to new ways to treat cancer.  More specifically, his work is researching pharmaceutical means to target a tumor in the body before it has a chance to metastasize and become fatal. While he admits there is still a long way to go, Blackmon said there is promising research that keeps him hopeful that one day he will see a cure.

As if curing cancer isn’t ambitious enough, his altruistic goals aren’t limited to the lab. Reflecting on his educational career, Blackmon discussed belonging to the BIPOC (black, indigenous, and people of color) community and the lack of representation he saw in areas of science and STEM.

“It was discouraging over time but then I realized I am in a position where I can influence and impact the next generation of scientists and BIPOC people,” he said. “I took that as a call to do more than just focus on research and do more for my community as well.”

Blackmon joined the Graduate Professional Students Association, and today serves as the Director of the Justice, Equity, Diversity, and Inclusion (JEDI) committee. As the JEDI committee director, Blackmon works to draft policy and legislation for presentation at the federal level. This includes a trip to Washington D.C. later this year to present a bill that will advocate for BIPOC graduate students and faculty members, as well as those with disabilities.

“We’re trying to affect change in a way that will positively impact those who have been disenfranchised in the past. We want to try to make academia, science, and research more welcoming and inclusive so they are welcomed and it's somewhere where they can succeed,” he said.

Blackmon described himself as an empathetic person and it is this empathy that often drives his passion to bring people together to work towards a common goal. Because of this, Blackmon created the Crucial Conversations Series, a series of talks that invite individuals from all walks of life to discuss topics that are often divisive.

“Everything is so polarized so I created this crucial conversation series to bring people in and approach topics from a sense of curiosity so we can get a better understanding of why someone believes what they do,” he said. “We don’t necessarily have to agree with them, but we can respect them as a human being who has their own experiences.”

And just one more hat Blackmon wears is as director of the emerging Arizona chapter of Nucleate; an opportunity that he said was made possible by the ARCS Scholar Award.

Nucleate helps empower future biotech leaders by training today's students to market and sell their ideas. Blackmon used his ARCS scholar award to attend the Nucleate Summit in Boston this summer. He learned there about the emerging Arizona chapter and took on the role to help recruit and engage life sciences and academics in major universities and research institutions across the state.

“It was a really cool opportunity I was able to get because of the ARCS scholar award and it has the potential to open a lot of doors for me in my career,” he said.

Blackmon credits passion and curiosity with his ability to wear so many different hats. When he considers his future, he said it's that same passion and curiosity leading him to explore many options like venture capital initiatives, biotech, industry commercial research, and government work. Ultimately, Blackmon hopes his path will lead to a teaching or mentorship position. 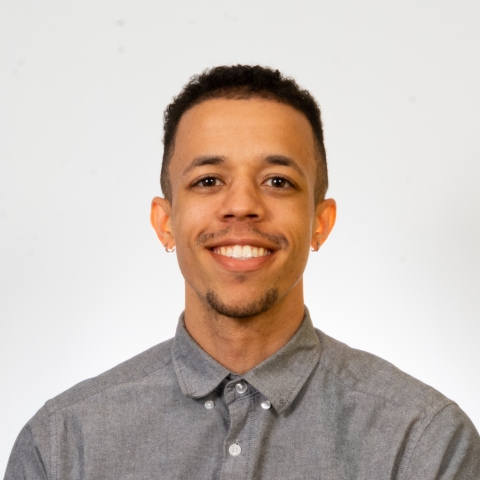