Deep below the smooth and polished, ornate stone temples and prehistoric plazas, the elongated “species” slithered through a tiny crevice and navigated its way through an intricate network of tunnels, vents, and drains. It glided along every curve of the crawlspace, snaked its way through horizontal and vertical shafts, and wriggled over obstructions that occluded its path.

Equipped with these special capabilities, the “species” wasn’t a human, animal, or plant organism—it was artificial intelligence in the form of a soft robot known as a  “vine robot.”

No place was too small or too dangerous for the technological device that accompanied ARCS Scholar Margaret Coad to an archaeological dig site north of Lima, Peru, in the summer of 2018.

A PhD candidate specializing in robotics in the Mechanical Engineering Department at Stanford University at the time, Coad was asked to join university archaeologists on their annual trip to the ancient temples known as Chavín de Huántar.

Buried in a valley deep in the Andes Mountains, the prehistoric sanctuaries contain hidden tunnels too dark and too small for researchers to access without potential damage. However, the passageways were a perfect fit for Coad’s vine robot, so named for its ability to grow outward the way a vine or root burrows through the earth.

Using the vine robot equipped with a small camera, Coad and archaeologists were able to take a rare look at the details of the ancient site as the robot grew, expanded, and snaked its way through the tunnels beneath the temples.

Although Coad’s vine robot did not discover new artifacts within the Peruvian ancient temple, the technology did offer archaeologists a firsthand view of places not previously seen or accessible to them.

Inspired by her trip and the vine robot’s ability to adapt to rugged conditions, Coad returned with new ideas to enhance the technology—research she was able to complete after receiving an ARCS Award in 2019 and 2020.

“Research funding is critical because we’re often working on ideas that aren’t yet profitable. So, receiving funds that aren’t tied to a particular project gives young researchers the freedom to explore new ideas,” she says. 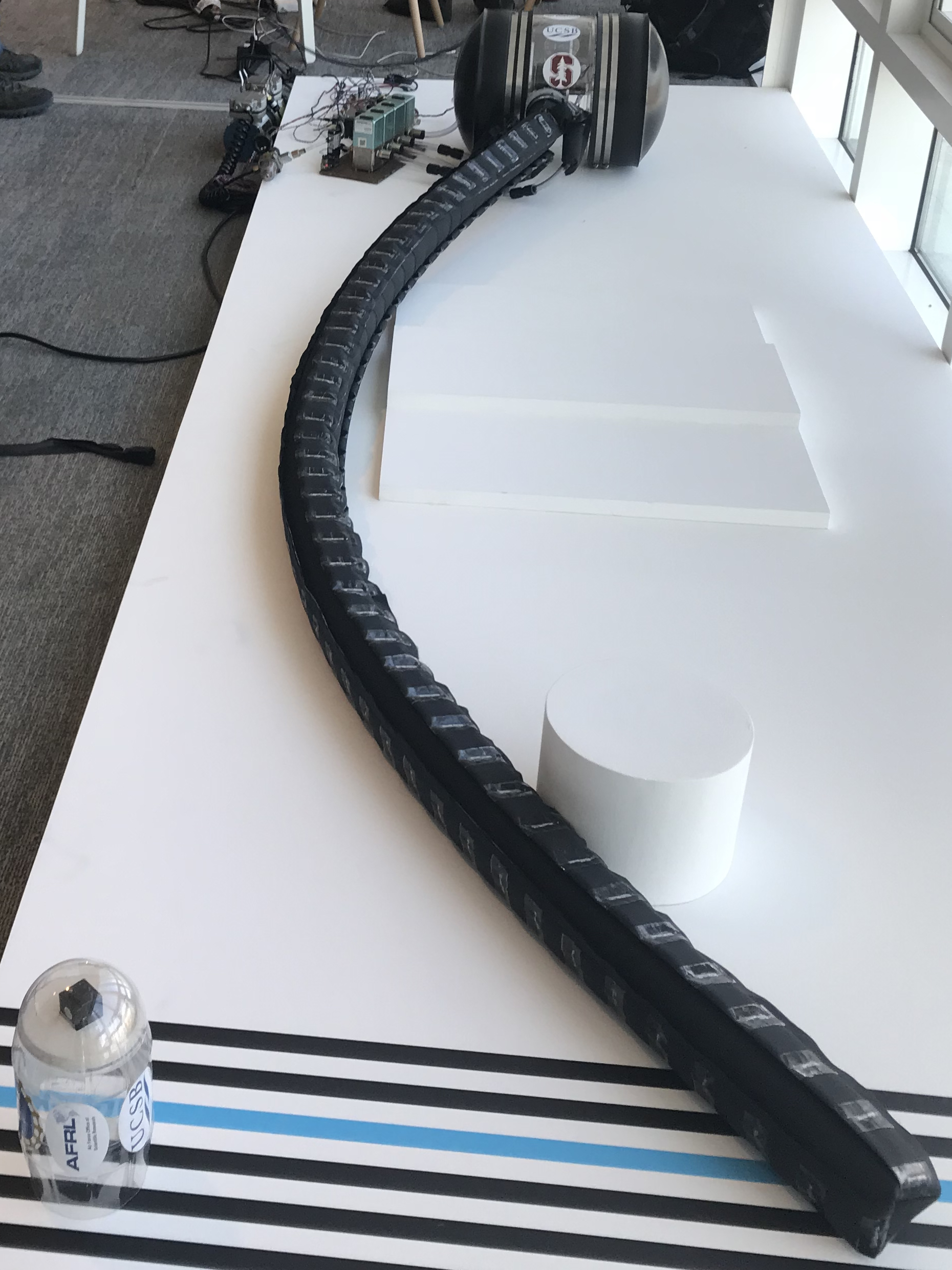 A soft technology, the vine robot maneuvers
around obstacles as it would in places
inaccessible to humans.
Courtesy: Margaret Coad

Today Coad is adding new capabilities to the vine robot. She recently designed algorithms to build a “joystick” that will steer the technology and bend it into different shapes. She has also developed sensors that attach to the robot’s body so it can perceive the external environment and inevitably be better suited to perform outdoors.

“The sensors will be helpful when the vine robot is deployed through a small gap between rocks, or when the environment is sticky or slippery,” Coad explains. “A typical robot most likely couldn’t adjust to that type of environment. But a vine robot can propel itself forward despite the environmental conditions.”

Coad believes this robotic technology will eventually be used in other ways, such as assisting in minimally invasive medical procedures, aiding in search and rescue situations, and helping people with limited mobility complete tasks inside their homes.

“My goal is to work on human-centered robotics that will interact physically with people or are controlled by people. These robots will help individuals connect with others remotely and assist with job training and medical rehabilitation,” she explains. 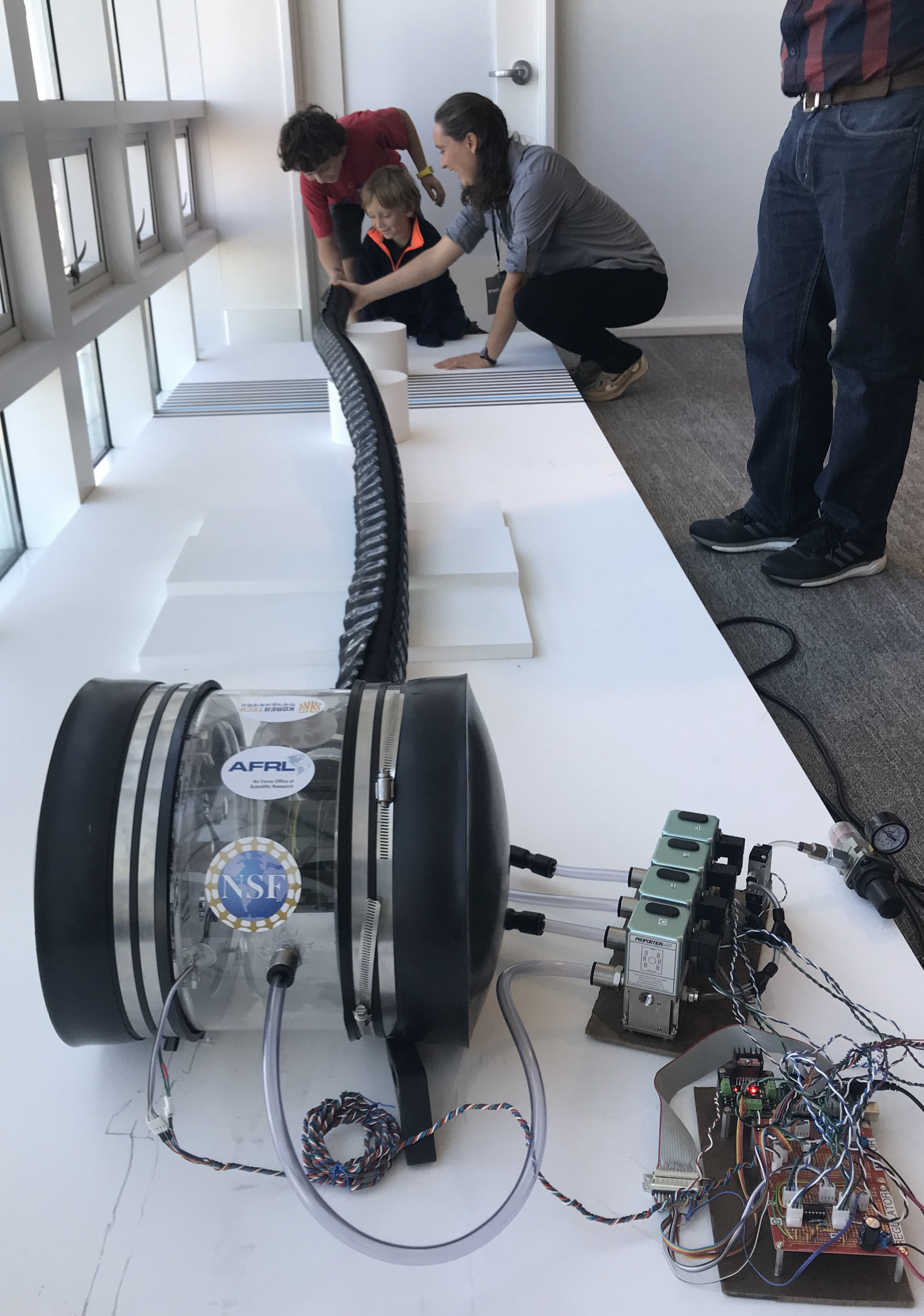 Coad will graduate with a PhD in mechanical engineering from Stanford University in June 2021. In the fall of 2021, she will join the faculty in the Department of Aerospace and Mechanical Engineering at University of Notre Dame. 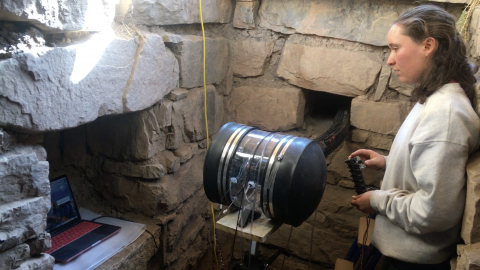