Jessica Meir is getting closer to her childhood dream of space travel. In 2013 she was selected by NASA as one of eight members of the 21st NASA astronaut class. Since then, she has continued her research into human and animal physiology in high-stress environments, while undergoing astronaut training!

On September 25, Meir will launch from the Baikonur Cosmodrome in Kazakhstan to the International Space Station (ISS)!

During her six-month mission on ISS, she and her fellow astronauts will work on approximately 300 projects. She will likely also take multiple spacewalks to help troubleshoot the alpha magnetic spectrometer, a particle detector scanning the cosmos for evidence of dark matter. In her limited free time, she plans to photograph places she used to live and her favorite hiking areas.

Meir began her path toward space travel by focusing on science as a youngster. She earned her BA in Biology at Brown University, before taking a Master of Science in Space Studies from the International Space University, and a Doctorate in Marine Biology from Scripps Institution of Oceanography. Her research has been fascinating including training bar-headed geese to fly in a wind tunnel so she could measure these unique creatures’ ability to function in low-oxygen environments.

In this year of celebrating the 50th anniversary of the US Moon landing in 1969, Meir’s ISS assignment is a reminder of the incredible and world-changing research ARCS Foundation continues to support.

You can help ARCS pave the way to important scientific advancements and discoveries like the ones Meir has made. Find out how you can contribute here. 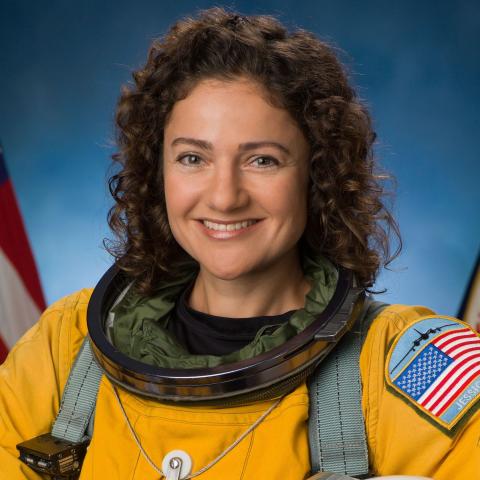