In 2015, Joan Evangelou, charter member of ARCS San Diego Chapter, was gearing up for a courageous fight against stage IV ovarian cancer. She had had surgery and countless rounds of chemotherapy, but after a brief remission, the cancer had grown back.

So she decided it was time to try a new form of treatment.

She sought advice from oncologists at Jacobs Medical Center, a teaching hospital located on the campus of University of California, San Diego (UCSD). There, doctors were conducting clinical trials using immunotherapy and precision therapy for metastatic cancers.

That same year, Dr. Mina Nikanjam was learning about and utilizing new therapies in the fight against metastatic cancers. A graduate of UCSD and an ARCS Scholar from 2009 to 2011—the same years Evangelou had served as co-president of the San Diego Chapter—Dr. Nikanjam was now an oncologist at the Jacobs Medical Center.

“Dr. Nikanjam walked into the room and immediately asked me if I was a member of ARCS,” Joan remembers. “When I said yes, she told me she was one of our ARCS Scholars.”

“I remember I told her I appreciated everything ARCS had done for me. The organization helped me get through medical school. Recognition as an ARCS Scholar also helped me obtain my residency.”

During her hematology–oncology fellowship, she had worked on projects researching precision medicine, a set of treatments tailored to each patient based on changes, or mutations, found within their cancer. Immunotherapy, in which a person’s own immune system is activated to attack cancer cells, can be utilized as part of the precision medicine approach.

It was the latter therapy that Dr. Nikanjam and a team of physicians at Jacobs Medical Center chose to use in a clinical trial that would target Joan’s cancer and, they hoped, send it back into remission.

While Joan underwent the treatment, she kept her cancer battle private—until 2019, when she decided to share her progress with ARCS members and invited Mina to speak at a chapter event about immunotherapy.

“I wanted ARCS members to know our scholars truly appreciate us. It really is a full circle. What we put into ARCS, we get back tenfold. It’s a win–win for everyone.”

Mina agrees. “It’s wonderful to give back to a member of the organization that helped me. It’s rare that you can do that.”

Joan has continued on a variety of cancer regimens, including immunotherapy, which has kept the cancer growth under control.

They still keep in touch. 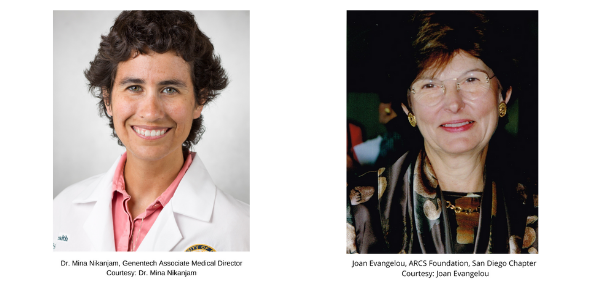 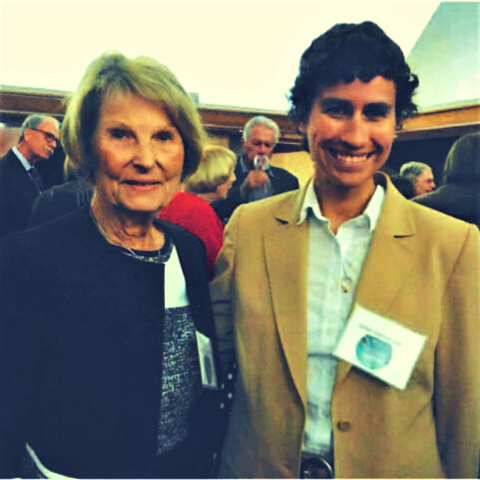