Future of ARCS Builds on the Past

A lifelong love of science is one of the things driving Sarah Tucker’s vital involvement as a pillar of the next ARCS Foundation generation. As an example, when she ascended to president of the ARCS Illinois chapter, Tucker took a look at membership levels and saw there was work to do to attract members in today’s increasingly diverse environment.

“We realized that we had a core of long-time, dedicated members, but we needed to expand that core to include young professionals to sustain and grow the chapter,” Tucker says. “So we enhanced our strategy by providing member programs on contemporary science- and technology-related topics, along with informal social networking get-togethers. We’re also making a concerted effort to share highlights of our scholars’ research and our member events in a quarterly e-newsletter, and we’ve consistently been communicating the chapter’s mission and accomplishments via social media and email.”

When she looks at her generation of ARCS leadership, Tucker sees the same passion as the drive that sparked the founding of ARCS Foundation 60 years ago.

“We are facing similar challenges today that the founders saw, a decrease in funding for science and science education and a lack of drive to innovate,” she says. “I see ARCS Foundation only growing in the future. There is a huge opportunity for visibility and awareness right now, as more people become passionate about the future of science, technology, engineering and medical research in this country. The next generation has the same passion that helped establish and drive ARCS Foundation in 1958. The next generation can help to bring it to the next level.” 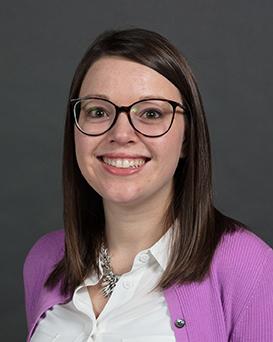