A summer backpack trip through the lush forests of the Great Smoky Mountains made such a profound impact on ARCS Scholar Connor Crouch that he changed his career course.

A then-undergraduate studying Journalism at the University of Missouri, Crouch witnessed widespread mortality of the Fraser fir resulting from an encroaching insect called the balsam woolly adelgid. After learning the adelgid outbreaks were caused by warming temperatures at high elevations, Crouch became fascinated by the interaction between climate change and forest health. 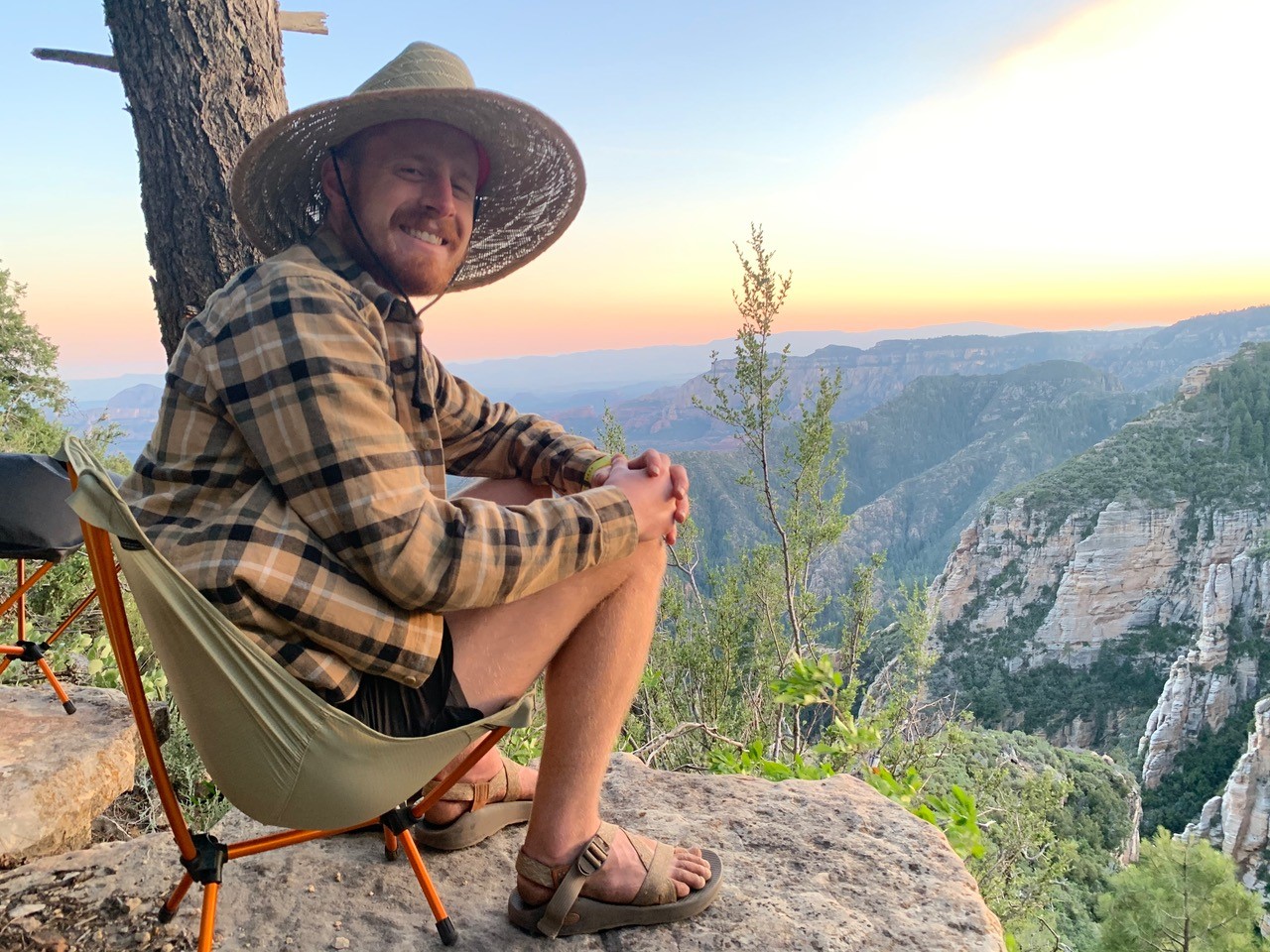 The revelation led Crouch to pursue an MS in forestry at the University of Missouri and now a PhD in forest science at Northern Arizona University. His research focuses on protecting the health and sustainability of forests in Arizona, specifically looking at the emergence of an invasive insect called Oystershell Scale that threatens to further escalate the decline of Aspen trees.

While the Oystershell Scale insect has been in the US for three centuries, it mainly lived in urban areas and on fruit trees. Scientists and researchers with the US Forest Service recently discovered the vermin were attacking Aspen trees, according to Crouch. 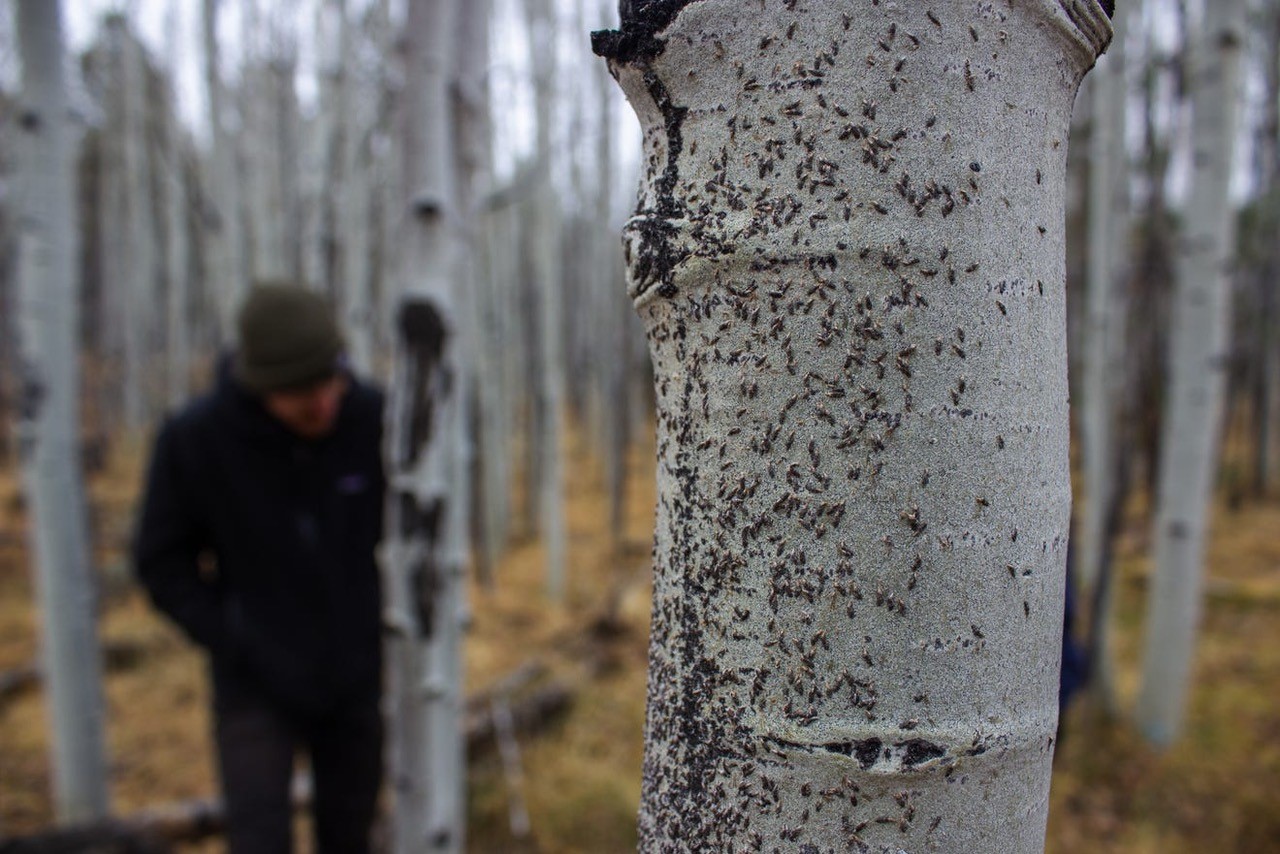 The tiny insects on the bark of this Aspen tree
are called Oystershell Scale.
(Courtesy: Danika Thiele, US Forest Service, Coconino National Forest)

A changing climate could be behind the sudden invasion and spread of Oystershell Scale insects into natural Aspen forests, he adds.

“The outlook was already bleak for Aspen trees because of climate change, especially as warmer temperatures move into higher elevations, it causes more stress on the trees. That alone was going to drastically decrease the Aspen tree’s footprint in the landscape,” Crouch explains. “Now we’re concerned the Oystershell Scale invasion will force that change to occur at a more rapid rate.”

According to Crouch, the loss of Aspen trees to global warming and Oystershell Scale insects will have a domino-like effect of devastation across the Northern Arizona area. “There are specific species of insects, plants, and vertebrates that rely on Aspens for all or part of their lives. That means a negative impact on the ecology of the area. It also means cities surrounding the northern Arizona mountains will be hit hard economically since hundreds of thousands of tourists travel to this area each year to camp and see the Aspen trees in the fall,” Crouch says.

However, all may not be lost. According to Crouch, some preliminary findings show prescribed fires and cutting down infested Aspen trees may slow or stop the Oystershell Scale invasion. Both solutions would also kill the insect, which relies on a living host to survive. “The good thing is Aspen’s have a vigorous regeneration response and the regrowth has shown to be free of the Oystershell Scale, which is a promising sign,” he states. 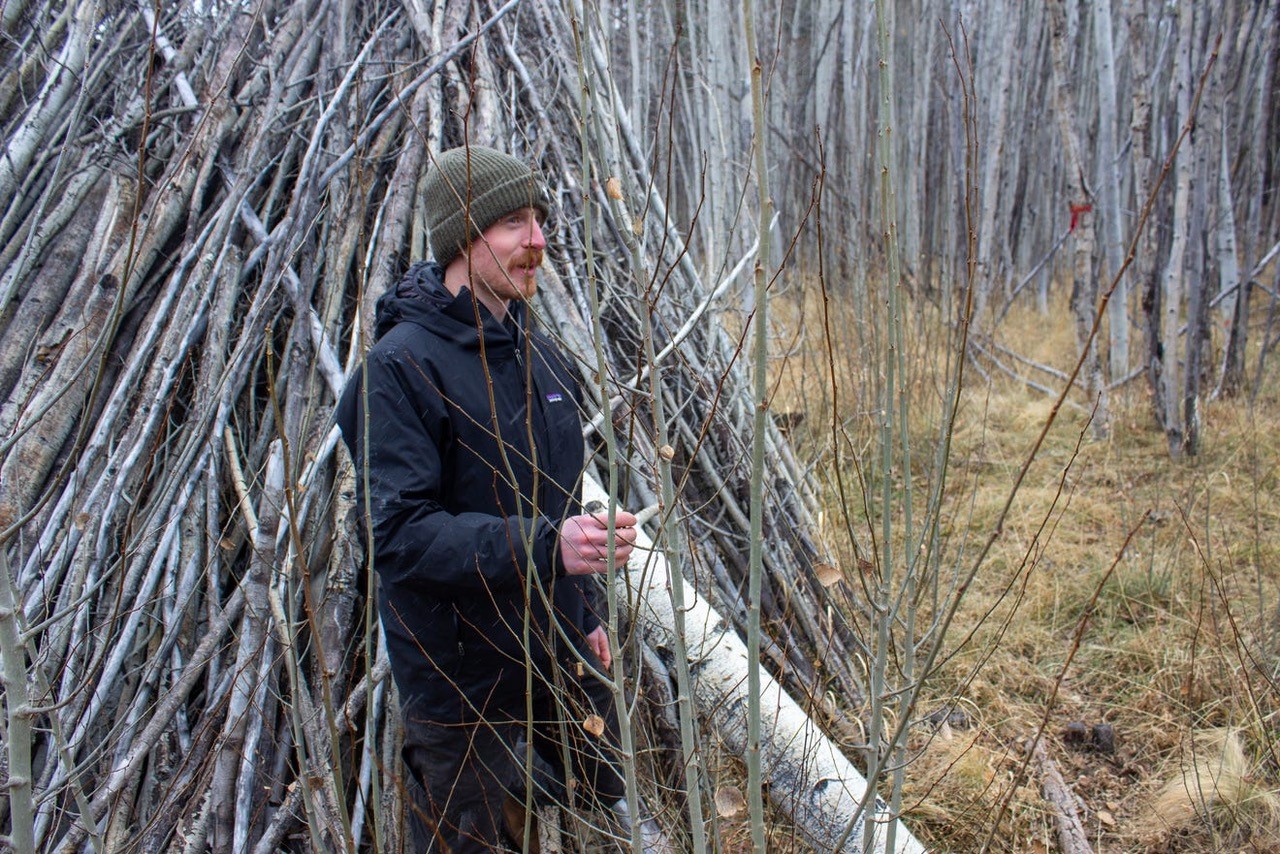 Part of Crouch’s research includes driving throughout the state and placing a marker to monitor the condition of Aspen trees, in addition to gathering information on Oystershell Scale presence and severity in those plots. He shares his results with the US Forest Service.

An ARCS Scholar award recipient in 2021, Crouch says the funding accommodated his expensive field research. “ARCS allowed me more financial flexibility to hire people to travel throughout the state and place Aspen tree markers. It also enabled me to hire undergraduate researchers to process Oystershell Scale samples. Being an ARCS Scholar award recipient is helping me complete more work in a more efficient manner.”

Upon receiving his PhD, Crouch hopes to continue research in forest health management and work for the US Forest Service. 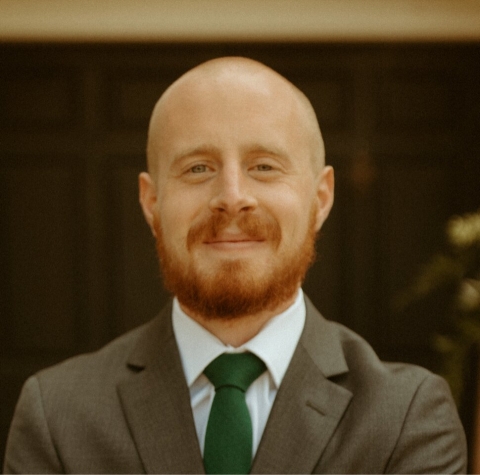