A Leader in Revolutionary Heart Research Elected to World-Renowned Organization

When it comes to matters of the heart, ARCS Scholar Alumnus Michael Davis is one of the top biomedical engineers in the world.

His revolutionary research, which focuses on human tissue engineering inside the heart, has been recognized in March 2020 by the American Institute for Medical and Biomedical Engineering (AIMBE).

AIMBE Fellows, who are nominated each year by their peers, represent the top 2 percent of the medical and biological engineering community worldwide. Davis’s research papers, grants, productivity, and community outreach programs contributed to his nomination and election into AIMBE.

“It’s great to be recognized by this institute as a leader in the field, but I believe it comes with responsibility to advocate for more scientific research and increased funding around the country,” Davis remarks.

Davis is an associate professor in the cardiology and biomedical engineering departments at Georgia Tech and Emory University, and a faculty researcher in the Parker H. Petite Institute for Bioengineering and Bioscience at Georgia Tech. He holds two patents and has applied for a third. He has also won numerous awards for his cutting-edge research.

Currently, his study on utilizing stem cells to repair underdeveloped heart muscles in babies with hypoplastic left heart syndrome, a congenital heart defect, is part of a clinical trial at Children’s Healthcare of Atlanta.

“These stem cells have many properties that could make them more useful for other diseases,” Davis notes. “But first we have to prove that they’re safe and feasible to deliver in children. Then we can see if the stem cells could be used for muscular skeletal injuries and other conditions, and whether we can give them to adults in the future.”

Davis’s research on pediatric-specific therapies are also being tested in the Davis Lab at Children’s Heart Research and Outcomes (HeRO) Center, where he serves as the facility’s director. Davis and his team are working to integrate tissue engineering and computational modeling. One of Davis's goals is to build a 3D tissue-engineered heart valve capable of growth and repair within a growing child.

He says his academic research would not have been possible without the ARCS Scholar Award he received in 2001, while he was completing his PhD in molecular and systems pharmacology at Emory University.

“The ARCS Award helped support my research efforts, as well as my training, by allowing me to have access to equipment I normally wouldn’t have had the opportunity to use,” Davis remembers. “It was my first major award, and it served as a springboard to my future research.”

Davis says he is so proud of his Scholar Award that he still shows off his ARCS medal when giving students tours of his lab. He is also giving back to ARCS. He mentored an ARCS Scholar in 2019 and hopes to mentor another scholar in 2020. 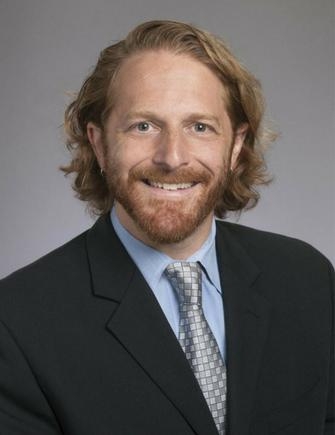