LaGrange GA – October 21, 2019—ARCS Scholar Alumna Jessica Meir spent her workday on Friday, October 18, floating in space. Tasked with repairing a major power source on the International Space Station (ISS), Meir was accompanied by fellow American astronaut Christina Koch, making Spacewalk 421 the first all-female walk outside a spacecraft. Audiences around the world viewed the spacewalk via multiple cameras situated on the space station and attached to Meir’s and Koch’s spacesuits. Around the world, classrooms at all levels made up a large part of the audience.

Out of only 43 spacewalks to include women, Meir is the fifteenth US woman to walk in space.

After the seven-hour, 17-minute repair job, Meir expressed her gratitude to those who dared to dream before her and make her job a possibility.

“Today was a special honor as we recognize that this milestone symbolizes exploration by all who dare to dream and work hard to achieve their dreams. It’s a tribute to those that paved the way for us to be where we are. We hope to be an inspiration to all future explorers.”

On Monday, October 21, Meir participated in a NASA TV news conference in which Koch and she answered questions. When asked about her personal feelings during her first experience in space, she replied, “I will never forget that moment of coming out of the hatch and looking down and seeing just my boots and Earth below. It was such a spectacular and beautiful sight. It was really quite overwhelming.”

Meir’s future plans? During her six-months’ stay on the ISS, she will conduct experiments and operations. Her dream is that she will then be part of the NASA team to return to the Moon.

ARCS Foundation is incredibly honored and proud to claim Jessica Meir as an ARCS Scholar alumna and recognizes the effort that she has made to advance science in America and the world. Congratulations, Jessica Meir, on this incredible accomplishment and best of luck with future spacewalks and research while on the ISS.

About ARCS® Foundation: ARCS Foundation is a national nonprofit volunteer women’s organization that promotes US competitiveness by providing financial awards to academically outstanding US citizens studying to complete degrees in science, technology, engineering, mathematics (STEM), and health disciplines at 49 of the nation’s leading research universities. The organization has awarded more than $115 million to more than 10,500 scholars since 1958. ARCS Foundation Scholars have produced thousands of research publications and patents, secured billions in grant funding, started science-related companies, and played a significant role in teaching and mentoring young people in the STEM pipeline. More information is available at arcsfoundation.org 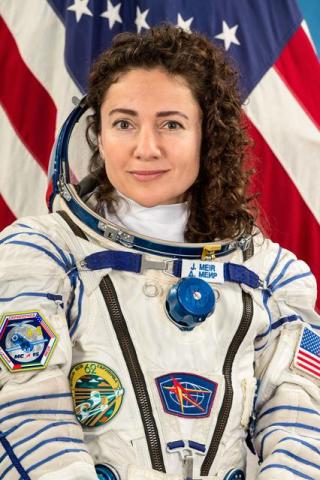