LaGrange, Georgia (July 21, 2021) — ARCS® Foundation is pleased to announce Caron Ogg assumed the presidency of the organization’s National Board as of July 1, 2021.

Ogg hails from Portland, Oregon. According to Ogg, she joined the ARCS Oregon Chapter in 2005 after attending the chapter’s first-ever Scholar Awards Luncheon and meeting the ARCS award recipients known as ARCS Scholars. “The scholars sold me on ARCS. I understood how I could emotionally and financially support a scholar to complete his or her degree, research, and discoveries. Their studies and innovations are critical to the future of our country.”

After she joined the organization, Ogg went on to hold several leadership positions, such as VP of Membership, VP of Communications and was ARCS Oregon Chapter President from 2010-2012. She also facilitated the chapter’s Long Range plan and co-chaired their first virtual scholar award event titled, “Science is the Solution.”

Ogg’s leadership abilities continued at ARCS National level. She was VP for Chapter Relations and a member of ARCS Council of Advisors. Ogg joined the IS Committee and was instrumental in developing ARCS National website.

The new ARCS President outlined some goals she plans to accomplish during her term. Those initiatives include:

Ogg will also make history as she and the newly formed ARCS National Diversity, Equity, and Inclusion (DEI) Action Plan Task Force facilitate discussions on how the organization can increase education among the underserved.

“As president of ARCS National my focus is to strengthen ARCS National and the local chapters as we address the challenges of today and the future of our organization,” she stated. “Last fiscal year ARCS Foundation approved a diversity, equity, and inclusion (DEI) statement. One of my goals is to continue the work of the DEI Action Plan Task Force and facilitate thoughtful conversations with various stakeholders as we examine the core values for ARCS Foundation, look at diversifying our membership and scholars, work with our university partners to achieve inclusive excellence, and learn about the priorities of major funders who might support scholars in STEM. Through these conversations, possible action plans and/or initiatives can be developed to support our DEI statement. ARCS Foundation is committed to bringing everyone to the table to improve our organization.”

Click here to learn more about Caron Ogg’s family life and her commitment as a volunteer to other non-profit work outside of ARCS National. 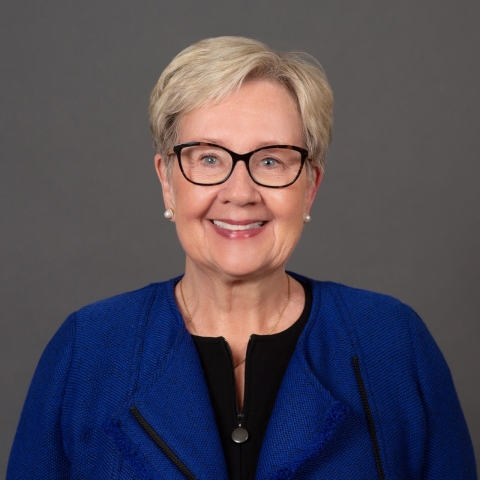