Reflections from a True ARCS Pioneer

To say much has changed for former ARCS National President Ann Miller in the nearly 50 years since she became involved with ARCS Foundation would be a massive understatement. Most prominently, the former Mrs. Miller is now known as Sister Mary Joseph of the Trinity, OCD, and a vow of silence is part of her life in her 90s. Prior to the 2018 AMC, Sister Mary Joseph offered some written memories of her vital involvement with ARCS, which included founding the Northern California Chapter in 1971.

“ARCS Foundation was 11 chapters of women dedicated to the advancement of science. From watching the moonwalk, the first heart transplant, and a 1976 centennial celebration with the Gemini capsule then, to medical advances, robotics, and artificial intelligence today, ARCS has supported the scholars in our partner universities who are leading the charge to change the world through their studies,” she wrote.

“I cherish the friends I made throughout the land and am proud of the contributions ARCS has made to the fields of medical research, science education, technology, and mathematics. Power on! My prayers are with you.”

Sister Mary Joseph’s daughter and ARCS member, Donna Miller Casey, recounted the early days of her mother’s involvement with ARCS in the Bay Area and elsewhere in the region.

“We started out on University visits and field trips: University of California (UC) Davis and veterinary medicine; UC San Francisco, where we observed a total hip replacement; and UC Berkeley, where we simulated the earthquakes,” said Casey, recalling an early brush with fame in the form of the world’s most famous ventriloquist of the era. “Our first fundraiser was a dinner honoring all 13 of the Bay Area Nobel Laureates at the Lawrence Hall of Science with Charlie McCarthy and Mortimer Snerd. Their creator, Mr. Bergen (Candace’s father), was an ARCS Los Angeles supporter through his wife.”

Much is different today, both in the scientific world and in Sister Mary Joseph’s life, but she remains a true ARCS pioneer. 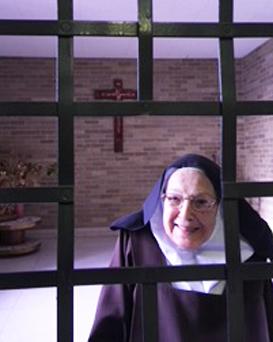