In a world filled with scientific misinformation and sophisticated rhetoric, ARCS Scholar Alumnus Jevin West is on a mission to find the truth. In fact, he’s calling “bullsh*t” on the whole thing!

West, associate professor of information science at University of Washington (UW) in Seattle, and his colleague Carl Bergstrom, professor of biology at UW, recently published Calling Bullshit: The Art of Skepticism in a Data-Drive World. As the book title suggests, West and Bergstrom advise readers on how to differentiate fact from fiction among scientific data.

“Dissemination of inaccurate information is something we’re seeing in our professional lives while reviewing papers and proposals, but we’re also seeing it in society, such as the rise of fake news,” West explains. “It’s really risen to a crisis level, as we’ve seen through the COVID-19 pandemic, US elections, and information dealing with science and health.”

The book stems from a class West and Bergstrom coteach at University of Washington—Calling Bullshit: Data Reasoning in a Digital World, or more academically known as INFO 270 / BIOL 270. Registration is full every semester, as UW students vie to take the course, which is also offered online to the general public.

“We do well at teaching STEM students how to do the mechanics of analysis, statistics, and computer science, but we also need to teach them how to reason,” West says.

Today his class does both, tackling growing misinformation in the technology sector, such as discerning fake texts and videos.

“Mainly we want them to question data, graphics, and statistics when they see such information. Don’t think because it’s a data-driven number, it’s valid, scientific, and objective,” West says. “We want to empower people—to feel smarter and more confident in dealing with and questioning massive amounts of misinformation.”

The course’s popularity also spurred creation of the Center for an Informed Public on the UW campus. The center’s mission is to combat strategic misinformation, promote an informed society, and improve democratic discourse. West is the inaugural director of the center.

West notes that none of his accomplishments would have been possible without ARCS Foundation. He is a three-time ARCS Scholar Award recipient, from 2006 to 2009. He says the awards allowed him to explore a variety of research topics that ultimately helped him come up with a new way of thinking.

“I started an informational center and a new curriculum that never existed before. That accomplishment resulted from my ability as a grad student to explore different ideas,” West remarks.

“We’re not looking at just one science paper; we’re looking at millions of papers,” he explains. “We’re looking at how communication systems are being affected by a full science network. Instead of looking at only the number of publications or citations a person has, Eigenfactor takes into account a lot of things, such as qualitative work along with quantitative, or the rise of predatory publishing, including papers of nonpeer-reviewed work.”

West and Bergstrom are taking their work one step further by tailoring the information in their course and designing classes for outside organizations, such as AARP.

The duo is also collaborating with Stanford University on an “election integrity partnership,” which will monitor the spread of misinformation surrounding the upcoming US presidential election. 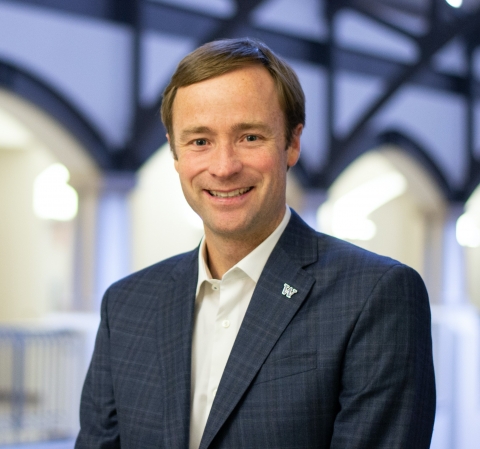