When ARCS scholar Adam Marcinkowski says there’s nothing on Earth like the things he’s studying at the Colorado School of Mines, he means it quite literally.

Space mining, just as it implies, involves the extraction of resources from the Moon, Mars, and asteroids that would be necessary to support extra-terrestrial travel and habitats. While it may sound like science fiction, it’s a potentially very lucrative future endeavor. Mines’ Interdisciplinary Center for Space Resources is the first program of its kind in the world and brings together many disciplines for which the university is widely renowned.

“It’s been predicted that the world’s first trillionaire will be a space miner,” Marcinkowski said. “The countries that invest the most in the short term will find themselves light years ahead of their neighbors in terms of scientific, economic, and industrial advancement. So while international cooperation is necessary, it’s critical that the United States continues to be a global leader in the space mining industry.”

Marcinkowski credits the generosity of ARCS Foundation for allowing him to focus more on his studies and less on how to afford college. “I typically work up to three part-time jobs to afford tuition. Thanks to this ARCS award, I can now afford to put that time towards my scientific passions.”

As a member of the research team developing cutting-edge commercial asteroid mining technology, Marcinkowski served the NASA lunar mining design competition team as its project lead. Marcinkowski’s team made it to the national finals this summer. Looking further ahead, they’re looking to go to the Moon, and beyond. 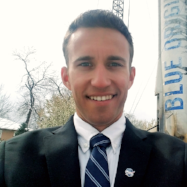