Unlocking a Myriad of Science at the Poles

An ARCS Member is leading NSF’s Polar Programs, overseeing a wide range of research projects, including melting ice sheets that confirm a warming planet. The polar regions hold a vast array of science – even inside the ice itself.

The two poles of Earth – the Arctic and Antarctica – are unique landscapes that conjure mental images of vast uninviting ice, snow, and cold. The ice and those environments are a treasure trove of scientific research, including the documented shrinking ice sheets in Greenland and Antarctica which are caused by the warming of our planet. There is much more science related to the polar regions and an ARCS member is directing the National Science Foundation’s (NSF) Office of Polar Programs (OPP). 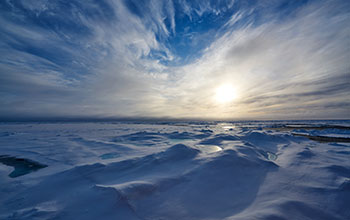 This is the third time ARCS Chapter Oregon Member and Geoscientist Roberta Marinelli PhD has worked on behalf of the polar community through service to the NSF. “From their role in the Earth’s systems to the sensitive ecosystems and organisms they support to the platform they provide to observe the universe – polar regions are a global concern. NSF’s stewardship of polar research has never been so important,” Marinelli states.

Polar oversight is unique in other ways, she explains, because the Arctic region involves collaboration and coordination among the eight nations surrounding it – Canada, Denmark (via Greenland), Finland, Iceland, Norway, Russia, Sweden, and the United States (via Alaska). The current Russian invasion of Ukraine has “given us pause” as research addressing arctic permafrost in Russia involves many Arctic Council partners, Marinelli says.

Beyond the NSF-funded research that ranges from global elemental cycles and ecosystem dynamics to astronomical observations related to the origin of the universe, the ice continues to merit study. The Center for Oldest Ice Exploration (COLDEX) is an NSF Science and Technology Center aimed at studying the oldest ice in Antarctica. The five-year, $25 million project aims to drill into the ice core created at least 1.5 million years earlier.  The deep ice samples can determine the gases and atmospheric composition of past years. Scientists can then compare the material with current samples and record any changes.

The COLDEX project will explain how the Earth behaves when it’s warmer. To study that information, scientists must find and collect ice cores that go back 1 million years or more. 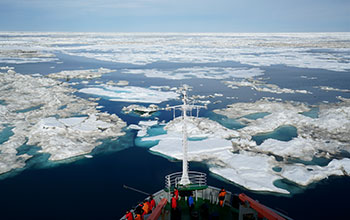 A view of the Chukchi Sea during a research
cruise on the ice breaker R/V Xue Long.
(Courtesy: Zhangxian Ouyang, University of Delaware)

Marinelli is at her current NSF position on loan from Oregon State University, where she was Dean of the College of Earth, Ocean, and Atmospheric Sciences.

Marinelli grew up within a mile of the Atlantic Ocean and considered the ocean “comforting,” which contributed to her desire to become an oceanographer. Her work has taken her from the shoreline to the three permanent US-operated research stations in Antarctica.

“At NSF, a future emphasis is to fund fellowships for early-career scientists, from undergrads to graduate students to postdocs. We want to diversify who comes into science and have the opportunity be available to all. ARCS is at the forefront of that emphasis,” she explains. “To increase competitiveness at a national level, ARCS emphasis on PhD students as the next leaders is important. To give the ARCS/financial awards with no strings attached is visionary and critical.” 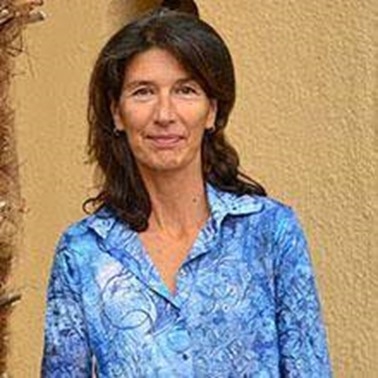