How and when US public schools open their doors may depend on the research work of ARCS Scholar Alumnus Fred Streitz, a liaison between the US Department of Energy (DOE) and the Department of Health & Human Services (HHS) Analytics Taskforce. The taskforce was created to aid the federal government’s COVID-19 response.

Currently, Streitz and his team are using powerful supercomputers to run simulations on the potential impact of opening schools this fall. Their goal is to find solutions and provide directives to help community leaders open schools in a safe and timely manner.

“Is there a better way to do school openings and closings than just opening them all up or leaving them all closed? We think there is, but we have to provide the answers to demonstrate that,” Streitz remarks. “We try to model scenarios and say, ‘Ok, this one doesn’t seem to work as well as that one.’ Then we try to come up with strategies that can be implemented best within different communities.”

As the liaison, Streitz is responsible for coordinating and connecting scientists to computational data and resources across seventeen national laboratories.

Streitz says the computer models are helping scientists and government officials understand how an infectious disease that has no cure or vaccine progresses within a country—and how they can potentially stop it from spreading.

Eventually, Streitz believes, the models will be applicable in other countries around the globe also dealing with this crisis.

Before the COVID-19 pandemic, the US government had already recognized Streitz’s computational ingenuity in supercomputers and models. In January 2019, the Department of Energy appointed him to develop the new Artificial Intelligence & Technology Office. Streitz serves as the chief science adviser of that division and provides technical assistance to the DOE director on planning, development, deployment, and advancement of AI technologies agencywide.

“There’s a lot we’re just beginning to explore with artificial intelligence,” he notes. “By the time my children are my age, they will live in a world where so much will be done just with voice. 'Alexa' and 'Siri' are just baby steps compared to what we’ll be able to do in the future.”

Prior to working for DOE and HHS, Streitz spent 21 years at Lawrence Livermore National Laboratory (LLNL), one of three nuclear weapons labs in the country. He began his career there in 1999 as a staff physicist. Over the years, he held multiple positions before becoming chief computational scientist at LLNL. He is also founding director of the High Performance Computing Innovation Center (HPCIC) within LLNL.

Streitz says none of these achievements would have been possible had it not been for ARCS. He received ARCS Scholar Awards in 1982 and 1983 while attending Harvey Mudd College in Claremont, California.

“My family definitely didn’t have the means to pay for that education. The ARCS Award helped me graduate and eventually propelled me into graduate school at Johns Hopkins University.”

Streitz received MS and PhD degrees in physics from The John Hopkins University in Baltimore, Maryland.

He has twice received special recognition from the US Secretary of Energy for his work with DOE and is a two-time winner of the Gordon Bell Prize for outstanding achievement in high-performance computing applications. In addition, Streitz is a fellow with the American Physical Society. 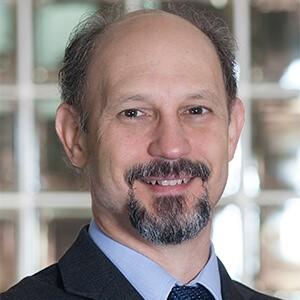